Donald Trump won the college vote, won the popular vote and trumped over the biased and bribed Democrat media machine

Since Barack Hussein Obama openly told illegals they could vote with impunity in the election, some are wondering how many actually did.  The number could be as high as 3 million. 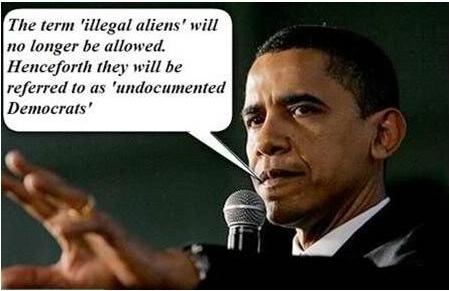 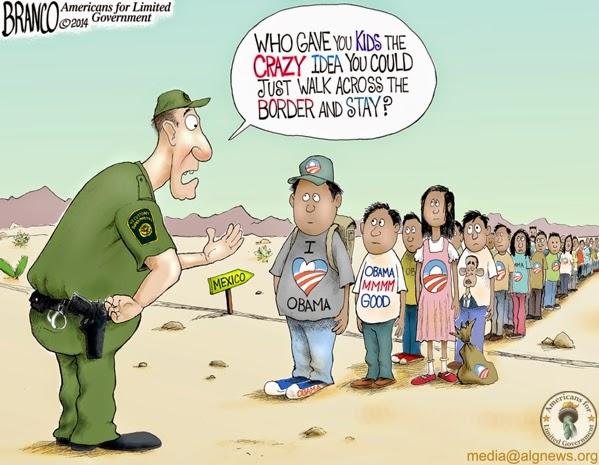 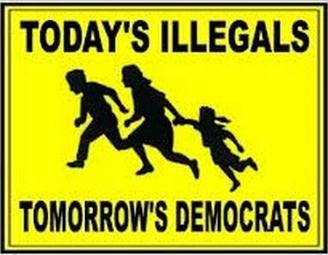 Donald Trump has since his election win messaged:

“In addition to winning the Electoral College in a landslide, I won the popular vote if you deduct the millions of people who voted illegally,” 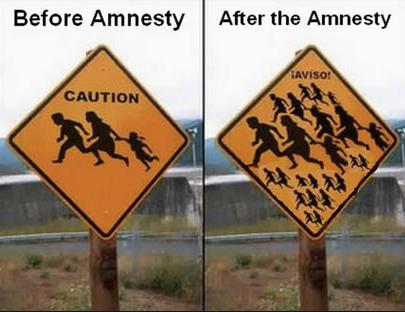 And while the left-wing, so-called mainstream media continue to raptly discuss dissension within the Republican Party and Republicans who oppose Donald Trump’s presidential campaign, the media are quietly ignoring evidence of their own enduring and pervasive bias on behalf of Democratic presidential candidate Hillary Clinton.

The media, as Fox News analyst Howard Kurtz put it, offered a “warm bath of favorable coverage” to House Democrats for their 25-hour sit-in pushing for gun control and Megyn Kelly said the event was “revelatory of bias” plaguing the press. 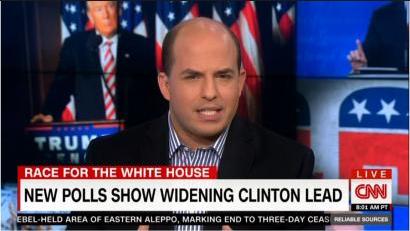 The recent WikiLeaks documents about Mrs. Clinton’s Wall Street speeches are receiving some coverage. However, few in the media want to repeat the names of those reporters who have directly promoted the Hillary campaign.

The leaked email provide evidence that the Democratic National Committee maintains cozy relationships with mainstream media outlets but takes a caustic approach with publications it believes to be conservative.

According to the leaks, at least 65 reporters were meeting and coordinating offline with Hillary Clinton’s team to defeat Trump including direct copy-paste use of Democrat propaganda and deliberately fake news. 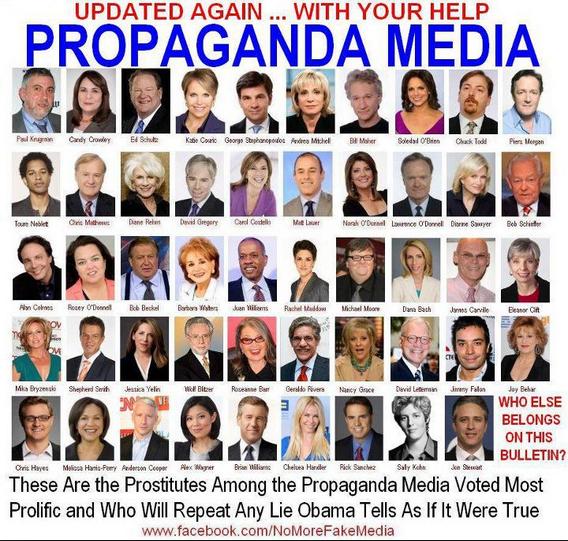 Using leaked documents from Guccifer 2.0, The Daily Caller reports that campaign chairman Joel Benenson had cocktails with a number of reporters on April 10, 2015 on subjects including to “give reporters their first thoughts from team [Hillary Clinton] in advance of the announcement” and “framing the [Hillary Clinton] message and framing the race.” It was just two days later that Mrs. Clinton announced she was running for president.

Among the reporters who said they were attending this cocktail party were ABC’s George Stephanopoulos and The New York Times’ Maggie Haberman, who formerly worked for Politico.

One of the campaign’s memos, The Daily Caller reports, describes Haberman’s many favors for the Clintons. “We have [had] a very good relationship with Maggie Haberman of Politico over the last year. We have had her tee up stories for us before and have never been disappointed,” states the memo.

In other words, Haberman was, and likely still is, a “go to” journalist for reliable pro-Hillary bias.

Stephanopoulos should have been listed by the campaign as another friendly journalist. After all, he loyally served in Bill Clinton’s White House, and, more recently, contributed $75,000 to the Clinton Foundation. We have written before about how Stephanopoulos decided not to inform viewers of his many conflicts of interest when he grilled Peter Schweizer, author of Clinton Cash, during an ABC interview.

“Not to pile on, but this is therapeutic to watch,” writes Nick Merrill about the grilling to other Clinton campaign staffers, according to WikiLeaks. “George is cool as a cucumber, doesn’t rush into it, but just destroys him slowly but surely over the course of the interview…”

Many more reporters rsvp’d for cocktails with the Hillary campaign, including reporters from ABC, Bloomberg, CBS, CNN, The Daily Beast, The Huffington Post, MSNBC, NBC, The New Yorker, The New York Times, People, Politico, Vice, and Vox. The diverse variety of attendees demonstrates just how widely and deeply the Hillary Clinton campaign has penetrated the mainstream media.

We have documented the many close family relationships between the Democrats and the establishment media, such as brothers David Rhodes (president of CBS News) and Ben Rhodes (President Obama’s deputy national security advisor). The coverage on many stories, such as the Benghazi scandals, is clearly influenced by these relationships.

Another media figure, “CNBC anchor and Republican primary debate moderator John Harwood had a habit of reaching out to the campaign to offer unsolicited compliments,” reports Mediaite.

Harwood sent the campaign an email with the subject line “good letter,” according to recently released WikiLeaks documents. He also wrote to Clinton loyalist John Podesta, “She looked so much more comfortable talking to [MSNBC’s] Andrea [Mitchell] today than to [CNN’s] Brianna [Keilar] a few weeks ago.” 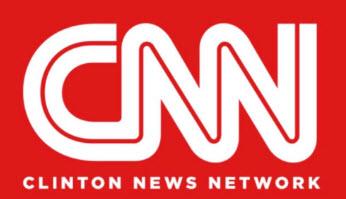 Podesta responded that he thought Hillary was “over the hump. Knows she has to do this ad infinitum.” Harwood even reached out to ask Podesta, “How are you feeling about where things stand?”

We have reported how journalists such as Jim Rutenberg of The New York Times argue that the so-called mainstream media have abandoned unbiased journalism in the face of a possible Trump presidency. Recent leaks by WikiLeaks, DC Leaks, and Guccifer 2.0 each demonstrate that the media haven’t abandoned their objectivity—they never had any in the first place.

Consider, for example, the leaked email that MSNBC’s Chris Hayes’ editorial producer Sheara Braun wrote in 2015 to a Clinton aide. Braun commented that MSNBC had been airing a Millennial-focused segment each night.

“The point of the segment is basically to inform young people about all of the crap and nonsense that Sec. Clinton and President Clinton (but mostly Sec. Clinton) had to face back in the 90s when President Clinton was running for office… everything from cookie-gate to stand-by-your-man-gate to Hillarycare,” Braun writes.

“The point isn’t to dwell on the past but the point is to talk about this amazing, intelligent woman who probably faced more nonsense back in the day because she is a woman…and she continues to have to face it. She is smarter than most men and more qualified than most men to be president.”

“Of course Hillary Clinton’s die-hard loyalists in the media will dislike, and find invalid, any suggestion that she engaged in any sort of questionable conduct,” wrote Glenn Greenwald for The Intercept this September.

“Their self-assigned role is to defend her from all criticisms. They view themselves more as campaign operatives than journalists: Their principal, overriding goal is to ensure that Clinton wins the election.”

Greenwald, like much of the radical left-leaning media, is no fan of Trump. In fact, he writes in the same column, “That American journalists have dispensed with muted tones and fake neutrality when reporting on Trump is a positive development.”

The fact that the mainstream media have been working to elect Clinton from the very start needs no more substantiation. These revelations follow closely behind another batch of WikiLeaks emails released just before the Democratic convention that provided other egregious examples of this corrupt alliance between the establishment, left-wing media and the Democrat Party, particularly the Clinton wing of the party. Whether fact-checking the candidates, or reporting on new political developments, it is clear that a pro-Hillary dogma permeates current press reporting.” 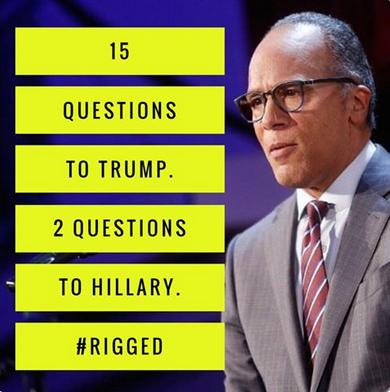 SOURCE: Roger Aronoff, Editor of Accuracy in Media, and a member of the Citizens’ Commission on Benghazi, October 12, 2016, http://www.aim.org/aim-column/the-corrupt-democrat-media-complex-seeks-clinton-victory/