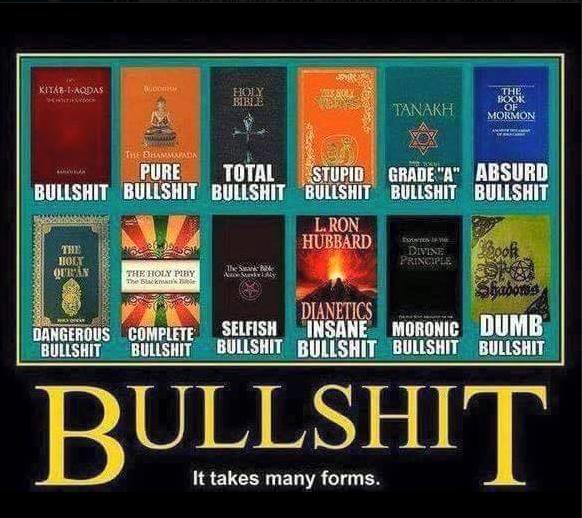 “Religion is irrelevant and has no place in the 21st Century.

Religion is a collection of fairy stories directed at the weak and feeble minded who are totally incapable of controlling their own lives. It is used as a tool to conduct ethnic cleansing, subjugation, murder and rape against helpless and defenceless civilians. I find the notion of Religion totally offensive and disgusting.

As far as I am concerned if people want to follow a Religion, then they so in the privacy of their own homes. Any public symbolisms of religion should be removed, i.e churches, mosques, whatever, and religion should NOT have any say in Politics, Government, education or Health. Any public displaying of religious observance, “trinkets” etc, should be banned, and all religions should be taxed at the corporate rate!”