The Ides of March in 2019 have ramped up the White Separatist Movement to a mainstream plateau of influence.   Lone wolf protagonist Brenton Tarrant has successfully achieved global media attention, not just to his Christchurch Massacre against imposed mass immigration, but to educate naive Whites about the White Cause – ideologies, threats, enemies, issues, language, memes, players, forums, direction, hope.

Islamics have been inflicting jihadi shootings, beheadings, bombings, truck attacks and the like – hatefully inflicted upon White innocents on White home soil.

So it was only a matter of time before Whites reacted, and Celtic Whites are more adept and escalating once pushed and motivated.  It’s entho-racial and genetic. 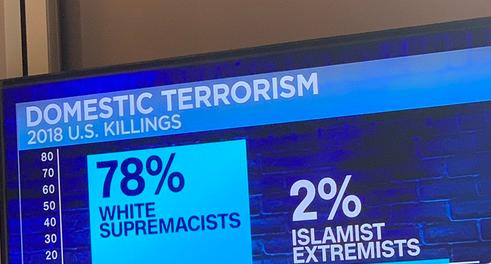 Make that not White Supremacists, but just White Separatists – peaceful until invaded.

“White people are better at everything than brown people, and they are certainly very, very good at violence.”

Brenton Tarrant labels himself a Knight Templar.  That gets everyone researching what a Knight Templar is and the White history of the Crusades.   Brenton Tarrant is no fool.  He is clever, an intellectual, widely travelled, well-read in White Civilization and modern history, and an adept communicator, if not a leader. 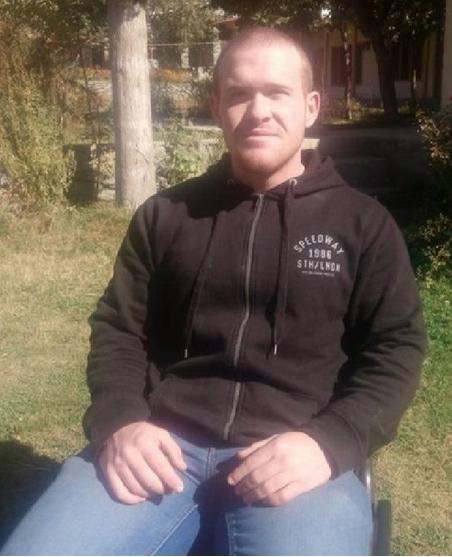 On top of Islamic jihadi hate, Whites are under attack from forced multiculturalism, mass immigration, transgenderism being marketed to children, and any criticism or challenge is shouted down as racist-phobic.

So Tarrant has sparked the just White revolt.  His mosque take down in Christchurch was very planned, staged and competently implemented and mass communicated.

His court appointed duty lawyer, Richard Peters, assigned by Christchurch District Court, has described Tarrant as “lucid” (cogent, bright, luminous, easy to understand) while in custody. Not surprisingly, Tarrant was quick to dismissed the state-sponsored legal defence representation, opting instead to defend himself in court, not with any false hope of reducing his sentence.  But mainly so he can use his trial as a stage and using the high-profile prosecution to promote his motives, ideology and to both warn and inspire White fighting age men who are increasingly disenfranchised, disaffected and vilified for their race and gender.

It is a battle of ideas.  So now the globalists are persecuting and censoring White nationalists even further – a firearms crackdown, social media and political website crackdowns. 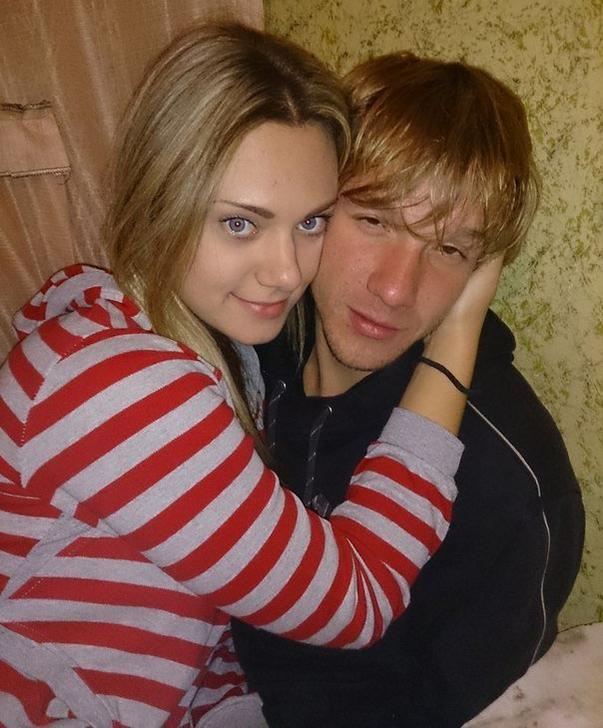 Tragically, Tarrant’s father died at just age 49 while suffering mesothelioma from work-related asbestos exposure, suiciding in 2011 because of the pain and suffering.  Brenton was a vulnerable 20 years of age at the time, losing his primary male mentor and role model.

Tarrant describes himself as an ordinary White man born to a low-income working-class family. His family home was quite humble. 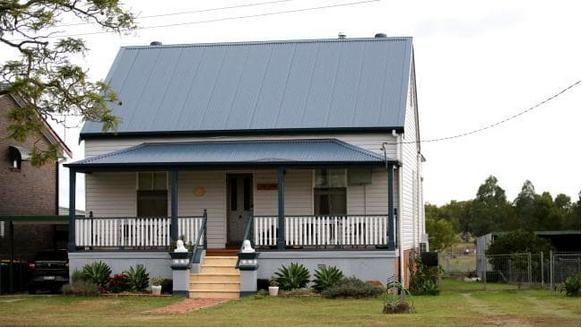 Tarrant became a qualified personal trainer, working at the Big River Gym in Grafton. Tarrant says he did not attend university, yet his manifesto clearly demonstrates that he is an intellectual and self-taught.

“I am just a regular white man, from a regular family, who decided to take a stand to ensure a future for my people.  My parents are of Scottish, Irish and English stock. I had a regular childhood, without any great issues.”

After his father died in 2011, Tarrant used his inheritance to travel internationally, including to France where he claimed to have seen an “invasion” of immigrants.  Tarrant spent a number of years travelling extensively abroad visiting the Balkans, Western Europe, Pakistan, Turkey, Bulgaria, and even North Korea.

He also mentions visits to Iceland, Poland, New Zealand, Argentina and Ukraine. Bulgarian officials confirmed on Friday that Tarrant had travelled there in November 2018, flying into the capital of Sofia by way of Dubai and later driving to Hungary.  Bulgaria’s chief prosecutor Sotir Tsatsarov said Tarrant spent around a week in the Balkan nation and that prosecutors are now probing whether he visited as a tourist “or if he had other objectives”.

Bulgarian officials also said he travelled through Bosnia, Montengreo, Croatia, and Serbia in December 2016. In the live-stream of the attack on Friday, a Serb nationalist song could be heard playing through his car speakers.

Photos published in news outlets show him posing in front of the Samjiyon Grand Monument on a trip to North Korea. The New York Times reported that a man with Tarrant’s name visited Pakistan in October.

A hotel manager in Pakistan said he was “nature-loving”, and a different hotel owner said he stayed with a group of backpackers for a few nights. “He was normal and polite during his stay,” Syed Israr Hussain, who owns Osho Thang hotel, told The Times. “There was nothing out of the ordinary.”

In Tarrant’s Manifesto, he describes how it was on a trip to western Europe in 2017 that he first “dramatically changed” his views on immigration – an experience that appears to have led to his radicalisation.  On that trip, he travelled through France, Portugal, and elsewhere, he wrote, and was horrified by a truck-ramming terror attack by Islamic immigrant from Uzbek, Rakhmat Akilov (39) Stockholm that left a young White girl Ebba Akerlund dead.  Akilov claimed allegiance to the Islamic State.

Her name was Ebba Akerlund. She was 11 years old. Ebba Akerlund was in her nation’s capital city. So were Muslim invaders.

Ebba was one of four people mown down by the Islamic truck attack.

Tarrant’s fury grew, he wrote, as he observed the 2017 French elections. In his published manifesto, Tarrant lashes out against immigration to France in particular, claiming there were so many immigrants “the french (sic) people were often in a minority themselves”.

Tarrant invested in cryptocurrency and worked as a part-time “kebab removalist”, referring to invading Muslims.  He wrote that his language, culture, political beliefs, philosophical beliefs, and identity are all European and “most importantly, my blood is European.”

Tarrant in his 74-page manifesto entitled “The Great Replacement,” blames forced mass immigration for the displacement of Whites in Oceania and elsewhere. The manifesto cites “White Genocide” as a motive for the attack, and calls for “a future for White children” as its goal.

Tarrant states that his goal in Christchurch last Friday was to “show the invaders that our lands will never be their lands.”

He chose the mosques because the worshipers were a “large group of invaders, from a culture with higher fertility rates, higher social trust and strong, robust traditions that seek to occupy my peoples lands and ethnically replace my own people.”

For Tarrant, his counter-attack was to send a White vigilante message to non-White mass invaders to get out of New Zealand (and other White nations) and to go back to where they came from.   For mass immigration policy, their outbreeding Whites are in tandem threatening to eventually replace homegrown Whites.

Tarrant said the massacre was also to avenge Swedish innocent Ebba Akerlund (12) who was run down in Sweden in 2017.   He also said it  was to further the divide between those who would weaken Second Amendment gun laws in the US and those fighting for the right to bear arms. This, he said, would cause the “balkanization” of the US along “political, cultural and most importantly, racial lines”.

Tarrant is not stupid, nor is he rash nor radical.  A blue blood White, Tarrant is a committed and dedicated patriot, a self-starter, demonstrably a pretty good shot, resourceful, prudent, canny and strategic.

Tarrant is a social philosopher.  Intentionally well-travelled, and so wise to the world and its ills, Tarrant, despite a modest poor background, not gifted by wealthy access to the rigour of academic critical enquiry, is self-taught and self-educated.

In the months in preparation for his lethal viral political statement in Christchurch, Tarrant researched and drafted his manifesto as a warning if not an ode to the increasingly endangered White Race.

On 22 July 2011, Breivik killed eight people by detonating a van bomb amid Regjeringskvartalet in Oslo, then shot dead 69 participants of a Workers’ Youth League (AUF) summer camp on the island of Utøya.

Breivik was arrested as a juvenile and rejected from the Norwegian Armed Forces. At the age of 20 he joined the anti-immigration/right-wing Progress Party, and chaired the local Vest Oslo branch of the party’s youth organization during 2002. He left the Progress Party in 2006 and went on to join a gun club and the Freemasons while also founding a company which he used to finance his planned terrorist attacks. 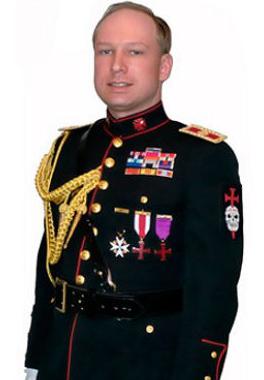 On the day of the attacks, Breivik electronically distributed a compendium of texts entitled 2083: A European Declaration of Independence, describing his militant ideology.

In them, he stated his opposition to Islam and blamed feminism for a European “cultural suicide.”   The text called for the deportation of all Muslims from Europe and Breivik wrote that his main motive for the attacks was to publicize his manifesto.

On 24 August 2012, Oslo District Court found Breivik sane and guilty of murdering 77 people. He was sentenced to just 21 years in prison

Tarrant in his manifesto states “I have only had brief contact with Knight Justiciar Breivik, receiving a blessing for my mission after contacting his brother knights.”

“I have read the writings of Dylan Roof and many others (citing Luca Traini, Dylan Roof, Anton Lundin Pettersson, and Darren Osbourne) but only really took true inspiration from Knight Justiciar Breivik.” 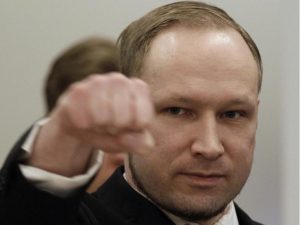 He added, “I support many of those that take a stand against ethnic and cultural genocide.”

Tarrant also cites his inspiration for the interwar British fascist leader Oswald Mosley and witnessing Merkel’s mass Mulsimn jinvasion of western Europe, particularly when he was in France.  He cites watching Mulsim invaders at a shopping mall during a visit to an eastern French town as the moment of epiphany when he realized he would resort to violence.

His manifesto appears to draw on the work of the French anti-immigration writer Renaud Camus, including plagiarizing the title of his book Le grand remplacement (“The Great Replacement”).

“I found my emotions swinging between fuming rage and suffocating despair at the indignity of the invasion of France, the pessimism of the french [sic] people, the loss of culture and identity and the farce of the political solutions offered.”

“Millions of people [are] pouring across our borders … nvited by the state and corporate entities to replace the White people who have failed to reproduce, failed to create the cheap labour, new consumers and tax base that the corporations and states need to thrive,” he argues in his manifesto. “This crisis of mass immigration and sub-replacement fertility is an assault on the European people that, if not combated, will ultimately result in the complete racial and cultural replacement of the European people.”

Brenton Tarrent has potential to become one of the most influential people in 2019, having stsaged a significantly publicised global event, albeit carnage, but mainly to highlight White Plight in his online manifesto.

His manifesto inspires and has the power to wake up complacent mainstream Whites to the global reality of White Genocide. 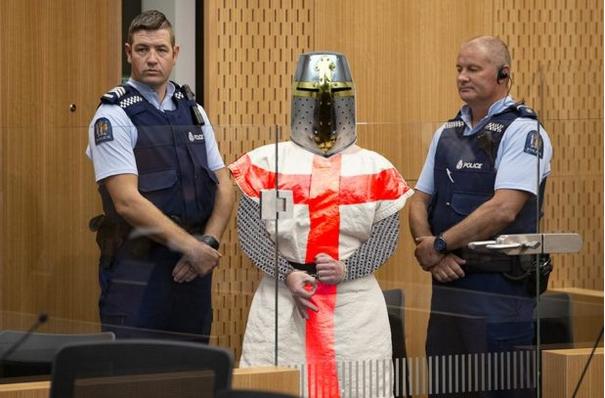 What is old is new again

tagged with The Tarrant Manifesto, take 'em out like Tarrant