Ten Reasons Why Repatriation of Blacks is a Good Idea 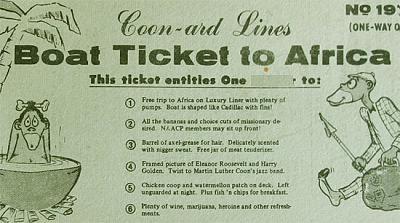 We pay them trillions in tribute and receive nothing in return but violent ingratitude — and demands for more. Whether it’s Watts, Harlem, Detroit, Seattle, or Cincinnati, blacks repay White tax slavery with murder and rapine.

Thomas Jefferson supported it. “The two races, equally free, cannot live in the same government,” he said. History has shown he was correct that nature has drawn “indelible lines of distinction between the races,” and that the repatriation of Negroes to Africa is the only lasting solution to our race problem. 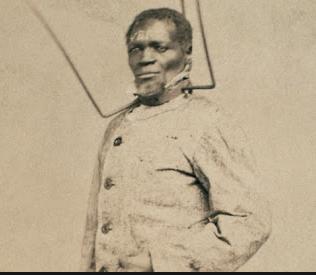 It would free the Africans from White Welfare dependence

Abraham Lincoln supported it. He said he was in no way in favor of bringing about the social or political equality of the races, and, like Jefferson, he felt that only repatriation could guard the White man against Negro depredations sure to ensue in mixed society.

Our country will be quieter. Negroes are noisy: whether it’s rap, gats or pieholes, Negroes never shut up. Without blacks, life will be simpler and smoother and more pleasant and civilized.

Our country will be cleaner. Negroes are notoriously dirty, and without their presence, the country will be much more spic and span than it is today. Less noise pollution, less graffiti, less litter? No negroes!

Our national IQ would shoot up. Negroes are stupid. The Jews force us to pretend to believe in racial equality, and their judges put our little girls on the same bus with these dick-waving animals. Negroes drag everybody into their pit of failed evolution. We shouldn’t be forced to live and talk and speak and dress and act like animals, and without Negroes around, we wouldn’t.

Their departure would mean one fewer tools for Jews to work with. The black community would be happier in Africa where it can live by the law of the jungle, not here, serving as a prop for Hymie to beat Whites over the head with.

We’d be richer. Al Sharpton and Jesse the Bastard would have a hard time peddling their wares on the Dark Continent, where they’d finally cease to be our problem and get what they deserve. With these shakedown artists back in the Motherland, our corporations could get back to productive activity, rather than filling their days with endless meetings with crybaby ethnics trying to get something for nothing.

Their presence drops standards and makes civilization impossible. Wherever Negroes appear, standards disappear, whether it’s the jobsite, the police department, the college, the newspaper, the first grade. With Negroes and their professional apologists the Jews out of the picture, we could return to “careers open to talents.”

Well…let’s just sum it all up this way: NIGGERS SUCK. We don’t need ’em. We’d be better off without ’em. Let’s get rid of ’em. And the jews who sicc’d ’em on us too.

tagged with Back to Africa Movement, White America, Repatriation of Blacks to Africa