FIFA for “the good of the game”?  Good only for a corrupt institution.  Best stick to local Premier League you can trust.

On Remembrance Day 2016, out of respect for our war dead, football teams across the British Isles displayed Remembrance Poppies at the World Cup qualifier.

“Poppies are a poignant tribute to the bravery and sacrifice of our servicemen and women, and footballers and fans alike should be able to wear them with pride.”    – UK Sports Minister Tracey Crouch. 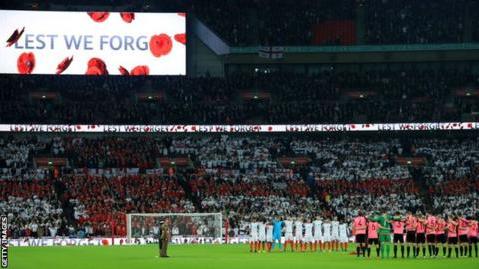 England and Scotland players wore armbands featuring the symbol when they met at Wembley on 11 November – Remembrance Day, marking the anniversary of Armistice Day in 1918 and the end of World War I. 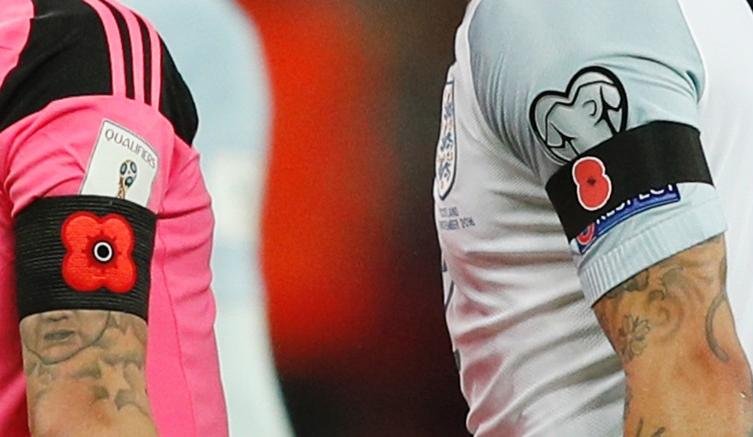 There was also a display of poppies on big screens, a minute’s silence, playing of the Last Post and poppy T-shirts handed to the crowd.  Wales and Northern Ireland‘s  (Ulster) respective games featured displays on the pitch or in the stands to mark the event. 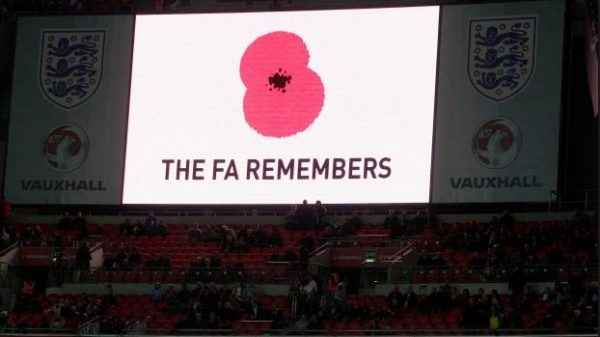 Following Wales’ 1-1 draw at home to Serbia the next day, FIFA opened disciplinary proceedings looking at “fans in the stands wearing the poppy” and the presence of “a member of the armed forces holding a bunch of poppies at the exit of the tunnel”, according to the Football Association of Wales (FAW).

The holding of a minute’s silence, the laying of a wreath and a poppy display by fans before Northern Ireland’s 4-0 win over Azerbaijan on 11 November have led to the punishment of the Irish FA.

The English FA was handed the much higher fine being the host nation for the World Cup qualifier.

Yet another whipped up FIFA drama

FIFA’s concocted, wrong and unnecessary fines are all because disrespectful and ignorant officials at FIFA have wrongly labeled the poppies “political symbols” which they ban at matches.

Yet the poppy emblems are widely used by the Allied nations to remember those in the armed forces who died in the line of duty. Of course Switzerland did no such thing and was prepared to let Hitler Nazis dominate Europe during World War II.

In 2011, FIFA agreed that the England, Scotland and Wales teams could wear poppies on black armbands during November internationals.

However, this year, under new president Gianni Infantino, FIFA changed its mind. 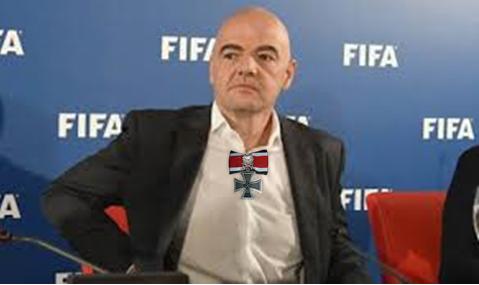 So Gianni Infantino has no cultural grasp or respect for the Allied nations who fought and died to save the free world.  While Switaerland was disgracefully neutral, Italy under Mussolini was an enemy fascist Axis power supporting the Nazis.

England’s Football Association will appeal against the fine; with Scotland, Wales and Northern Ireland yet to decide.  A Scottish FA (SFA) spokesman confirmed discussions between the home nations have already taken place and an official appeal is likely to be lodged early in the new year.

Frankly, all four teams need to be united in upholding respect for the Remembrance Day commenmoration for their war dead – in many cases many players’ fathers, grandfathers and ancestors.

Remembrance Day and its symbolic poppies are apolitical.  The occasion is one of national heritage to all four nations involved.  They deserve solidarity from all the other Allied Nations.  This includes those were Allied Nations in World War I – signatories of the original Entente Alliance of 1907, namely:

It is globalist agenda of FIFA, an anti-nationalist institution, that is playing politics – globalist politics to undermine the local rights of nation states and their deep personal heritages.

FIFA under the direction of João Havelange (a Brazillian) and Sepp Blatter (Swiss) both have sought to increase the influence of African and Asian countries in world football through the expansion of participating teams in various FIFA tournaments – that is make football a Third World dominated sport. 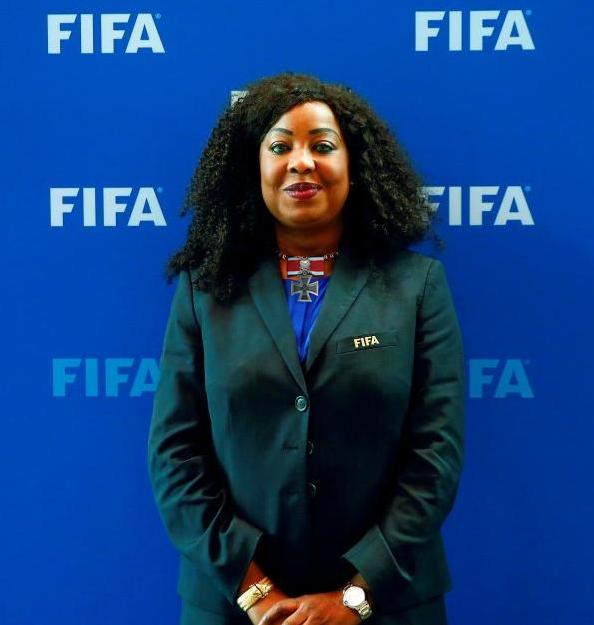 If the United Kindom is indeed somehow ‘united’, then all four national teams wrongly penalised need to not pay FIFA’s despicable fines. 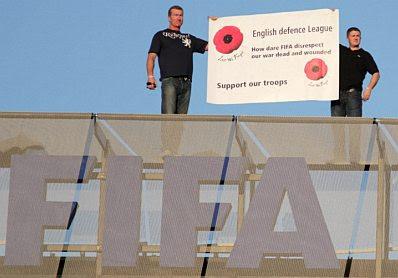 Patriots like the English Defence League were right in 2011 to protest on the roof of FIFA’s headquarters in Zurich.

The entire FIFA body is corrupt, has lost all public respect and should be wound up.

In 2015, American federal prosecutors disclosed many cases of corruption by FIFA officials, associates and corporate sponsors involving receiving US$150 million in bribes. Fourteen FIFA officials have been indicted by the FBA in connection with fraud, racketeering, and money laundering.

Four FIFA football executives pleaded guilty.  Nike bribed FIFA more than US$40 million to be the sole provider of uniforms, footwear, accessories, and equipment to the Brazil national team.  Official Chuck Blazer was one of many arrested in 2013 for tax fraud in Zurich.

There is the Qatar World Cup bribe, and much corrupt conduct exposed by Third World members and associates of FIFA in Ivory Coast, Trinidad, Nigeria, Brazil and now black South Africa. 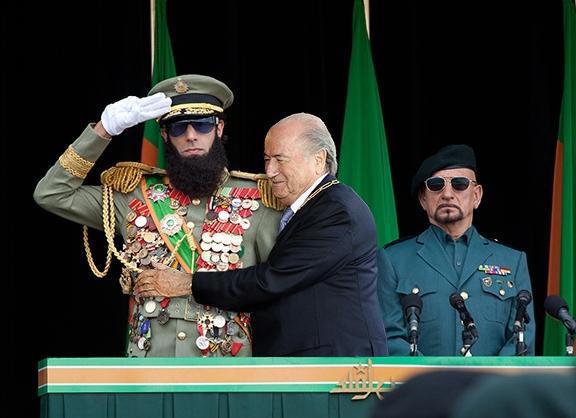 Former FIFA President Sepp Blatter (also a Swiss) was charged with “criminal mismanagement… and misappropriation” and resigned in disgrace in 2015.

FIFA’s former president and secretary general, Sepp Blatter and Jerome Valcke, got bonuses of at least $10 million for each World Cup. They received basic salaries of around $3 million and $2 million, plus undisclosed bonuses and “donations”.

Gianni Infantino is set to be paid 2 million Sfr a year as FIFA President, plus bonuses from 2017.  He gets a chauffeured car, free first-class flights anywhere, 5-star accommodation anywhere, his lodgings in Zurich fully paid, plus monthly expenses of 2,000 Sfr.

Time to Find a First World Alternative to Globalist FIFA

It would be in the best interests of fans across the British Isles to start boycotting FIFA, for the FA to pull out of the corrupted institution and to form a competitive association. 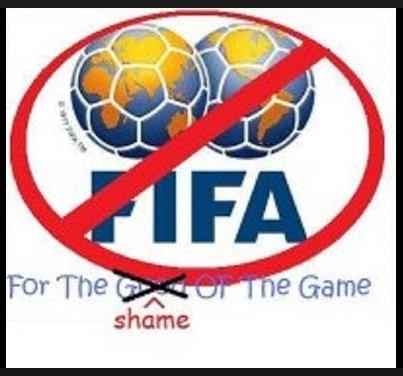 Focus of the Football Association’s FA Cup would see a superior standard emerge and the fans of the British Isles better rewarded.