No remorse but kids need to choose their parents carefully these deviant days.

A married lesbian couple in America have done a ‘Thelma and Louise’ in California.  And they did it with all six of their surrogate golliwogs. 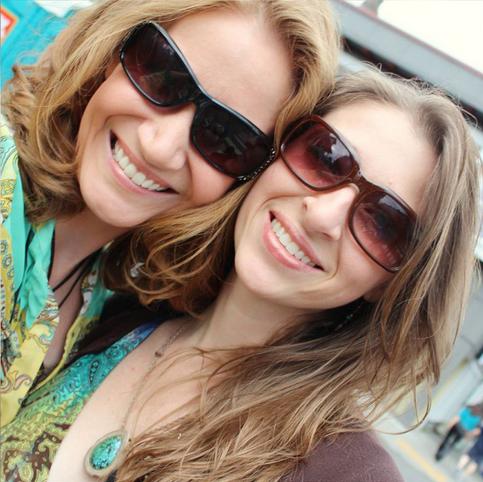 “Babs and Clean Willie were in love they said, so in love the preacher’s face turned red”

Soon everybody knew the thing was dead. Xie shouts, xie bites, ze wrangle through the night. Xie go crazy, got to make a getaway.

Lesbians Jennifer Hart (mom A) and Sarah Hart (mom B), both 39, were killed when their 2003 GMC Sierra truck crashed off a cliff along the scenic Pacific Coast Highway in Northern California onto rocks in the ocean last Monday.

The bodies of three of their adopted pets from Africa – Markis Hart, 19, Jeremiah Hart, 14, and Abigail Hart, 14 – have since been recovered by authorities.  Police believe the couple’s three other pets – Hannah Hart, 16, Devonte Hart, 15 and Sierra Hart, 12 – were also in the car at the time but their bodies have not yet been found. 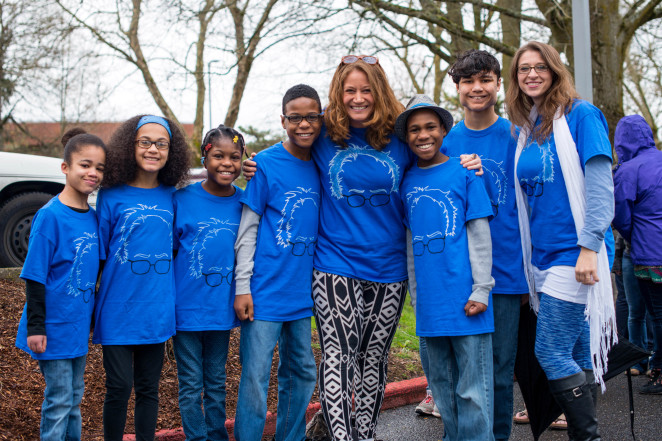 When she smiled, she said it all

The lesbian pair’s neighbours told police they saw the lesbian couple and their six adopted Africans leave the home in a hurry shortly after not answering the door to the child services worker.

The deviant family’s car was spotted at the bottom of the cliff three days later.  Three children who were found dead had been thrown from the car, while the two parents were found inside the car.  Searchers continue to scour the Californian coast searching for the other three kids. 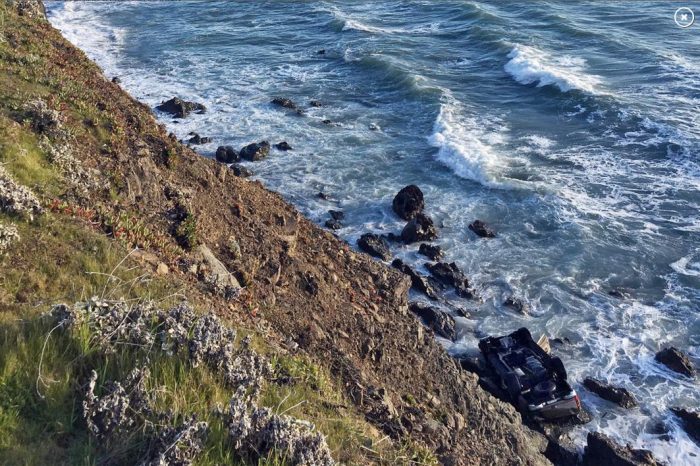 Congratulations, this is your Haitian Divorce

Police have noted that there were no skid or brake marks where the vehicle went over.

Was it about Easter?  Did they have a hissy fit?  A fleeting moment of mental lucidity?  “Neither one of the girls was murderin’ type”.  Nuh?

Were the two deviants driving south down to Haiti to buy another golliwog pet?  Golliwog broods have become all the rage amongst sexual deviants these days. 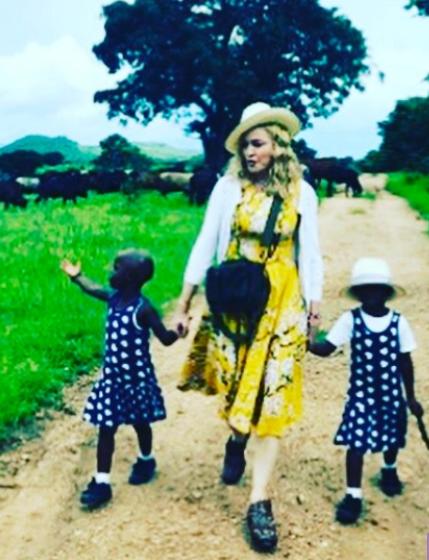 Were the two deviants driving south down to Haiti for a Haitian divorce, where unilateral divorce is legal.  In Third World Haiti, unlike in America – one ‘spouse’ can divorce the other without the spouse’s permission and/or signature. You can also practice voodoo while you’re there.

According to lyrics in the Steely Dan hit from 1976, a wife goes alone to get a divorce in Haiti, but instead has an affair there, returning home without having gotten the divorce. Nine months later has a baby who is half Haitian and the song ends with the baby’s background now clear.

It changed, it grew, and everybody knew

May be da deviant moms driving through California discovered that Haiti bans deviant marriage and deviant divorce with a 3-year jail term and a fine of $8,000, so they freaked off the cliff.

Seems the lesbian ‘moms’ were being investigated for starving their children before Monday’s crash — and one was previously convicted of domestic assault for hitting their little girl.  The Harts’ neighbours say they’d recently called Child Protective Services after Devonte kept showing up at their house, claiming his parents “weren’t feeding them” and were “punishing them by withholding food” — and asked them to leave food by the fence so his parents wouldn’t know.

Officials say they tried unsuccessfully to reach the family three times to investigate — but the neighbours say the family fled when a Community Protection Services worker showed up at their door Friday.  “The next morning when we saw that the vehicle was gone, and then Sunday morning when it still wasn’t there, we figured something was off.” 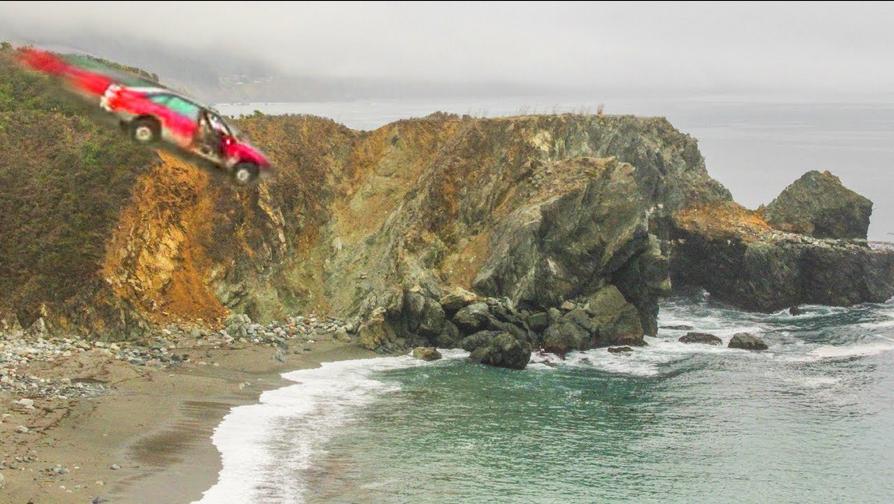 No hesitation, no tears and no hearts breakin’, no remorse

Last year, one of the Harts’ daughters also rang their doorbell at 1:30 a.m., accusing her moms of abuse.  The neighbour said she “was at our door in a blanket saying we needed to protect her. She said that they were abusing her.”

In 2011, when the family was living in Minnesota, Mom B, Sarah Hart, pleaded guilty to domestic assault after their then-6-year-old ‘daughter’ told her teacher she had “owies on her tummy.”  When the teacher lifted up the tot’s shirt, she saw the girl had bruises across her stomach and back, KATU reports. Sarah told police that she was spanking the child and “let her anger get out of control.”

“She took [the girl] into the bathroom and bent her over the edge of the bathtub,” the criminal complaint says. 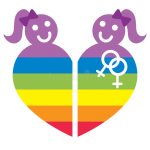 The Harts later moved to Oregon and began homeschooling their brood, but relocated to rural Woodland, Washington state last year after Devonte’s viral image brought heavy media scrutiny on their family — including the 2011 abuse charges, the paper reports.  The kids rarely went outside, even in nice weather, a former Oregon neighbour said.

May be Community Protection Services caught up with da deviant moms in a helicopter and blew their hats off, so they freaked and did a Thelma and Louise. 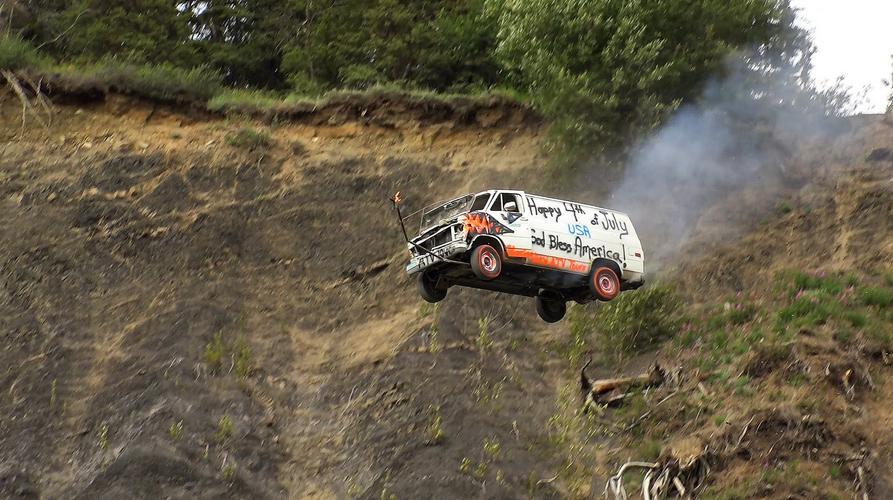 No resurrection for deviants

This is a case of lesbians abusing their pets to an extreme degree and the law was catching up with them. We already know the kids were neglected, so it’s not a quantum leap to assume that something even worse was going on behind closed doors that was on the verge of coming out and ruining them.

These pets were not really humans to them (okay, fair enough), they were just props in their signaling fantasy, where they are heroes for having the goodness in them to adopt them and then carry them around to another Black Lives Matter event and screech about Trump. 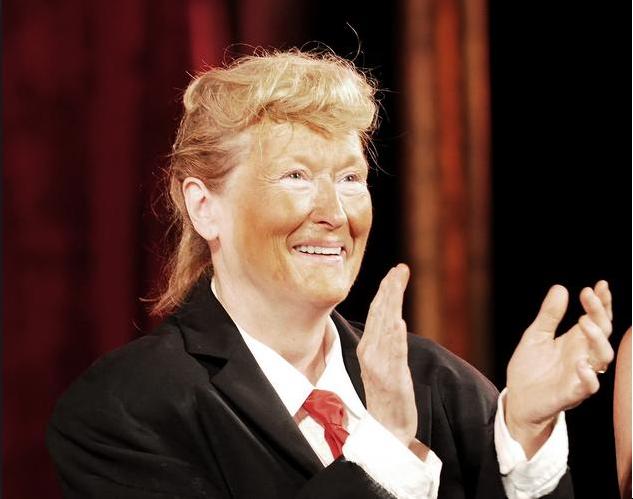 When it comes to golliwog surrogacy and adoption, choose your parents wisely.