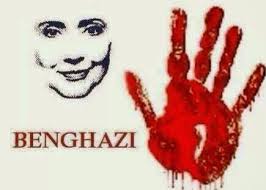 The following excerpt from bestselling author Edward Klein’s new book, Guilty as Sin: Uncovering New Evidence of Corruption and How Hillary Clinton and the Democrats Derailed the FBI Investigation, is from a Chapter titled “Her Fatal Flaw.” 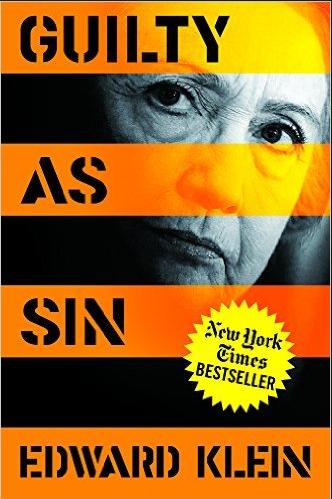 “Some literary minded observers compare Hillary to Lady Macbeth, whose vaulting ambition led to her downfall. 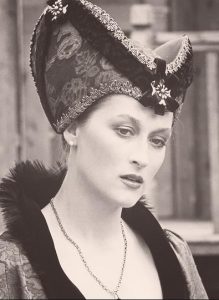 In Hillary’s case, her fatal flaw is dishonesty. She lies even when she doesn’t have to.

For instance, while campaigning in Iowa, she told a group of supporters that her grandparents were immigrants to the United States.

“All of my grandparents, you know, came over here,” she said. “So I sit here and I think, well you’re talking about the second, third generation. That’s me, that’s you.”

The story was untrue. One of her grandparents was an immigrant; three were not.
Another time Hillary said, “I actually started criticizing the war in Iraq before [Obama] did”—a statement that earned her a Pinocchio for lying from “The Fact Checker” in the Washington Post.

Hillary lied when she said that she “did not mail any classified material to anyone on my email. There is no classified material.” It turned out that there were more than two thousand such documents on her email server—twenty-two of which were marked “special access program,” a level of classification higher than top secret.

She lied when she said that she employed her private email “as a convenience” so that she could use a single phone for both work and personal communications. It turned out that she owned several electronic devices and that, in any case, Huma Abedin carried them for her.

She lied when she said she had voluntarily turned over all her work emails to the State Department. It turned out that she relinquished those emails only when forced to under subpoena, and that she withheld dozens of Benghazi-related emails she had exchanged with her back-channel fixer Sidney Blumenthal.

“Clinton has repeated numerous times that the [email] arrangement was ‘allowed,’ though no one in the administration has ever said they approved her server,” wrote The Hill’s A. B. Stoddard. “So Democrats—like Republicans—assume she is making a misleading statement about her own unorthodox decision to do something no Cabinet secretary had ever done before.”

She lied when, according to the New York Times, she told the FBI that former Secretary of State Colin Powell had advised her to conduct unclassified state business using a private email account. Powell, one of the most respected elder statesmen in the country, quickly denied the report. “Her people have been trying to pin it on me,” he said. “The truth is, she was using [the private email server] for a year before I sent her a memo telling her what I did.”

Hillary lied when she said that as Secretary of State, she did not grant special favours to foreigners who donated money to the Clinton Foundation.

As I documented with eyewitness accounts in Unlikeable: The Problem with Hillary, wealthy foreign donors who gave millions to the foundation received special treatment.

One such donor was a Canadian businessman who was granted permission to sell control of 20 percent of America’s uranium production capacity to Vladimir Putin’s Russia. After the deal went through, Bill Clinton was invited to Moscow to give a speech. He was paid $500,000. 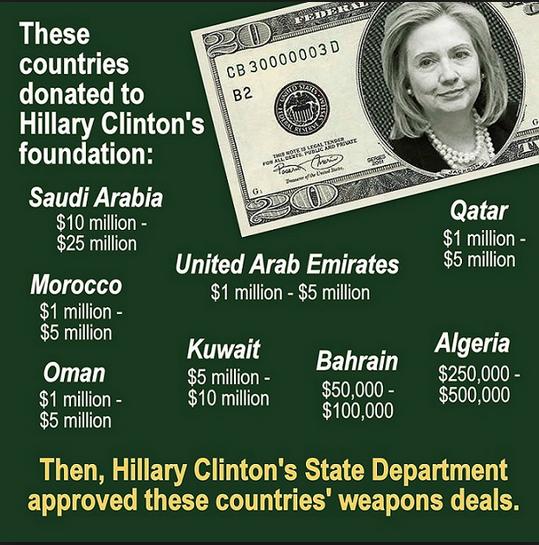 “The Clinton Foundation was ostensibly set up to solve the world’s most pressing problems,” writes David Harsanyi, senior editor at The Federalist. “Although it has done some fine work, it’s most fruitful program has been leveraging [Hillary] Clinton’s position in the State Department to enrich her family, friends and cronies.

The foundation was a center of influence peddling. Rock stars. Soccer players. Conglomerates. Crown princes. All of them paid in. All of them expected access to the U.S. government.” And most of them got it.

Indeed, more than half of the private citizens who were granted access to Hillary while she was at Foggy Bottom—85 out of the 154 who got face time or spoke to her—donated to the foundation, for a total of $156 million.

The membrane that should have prevented seepage between the State Department and the foundation turned out to be totally permeable. “Laura Graham, a senior executive at the foundation,” reported the New York Post, left almost 150 telephone messages over two years for Cheryl Mills, Hillary’s chief of staff.” And when Mills wasn’t taking telephone calls from Graham and doing favors for foundation donors, she was traveling to New York City to interview job candidates for a top job at the foundation.

The impact of Hillary’s menagerie of lies was reflected in public opinion polls. Sixty percent of Americans considered her “untrustworthy.” And when Gallup asked Americans what word came to mind when they heard the name “Hillary Clinton,” a majority replied “dishonest/liar/don’t trust her/poor character.”

To deal with this problem, her friends and campaign staffers set about trying to make Hillary more likeable.

“She needs to try to humanize herself, because in some ways she’s kind of become a cardboard cutout figure,” said liberal historian Douglas Brinkley.

But rehabilitating Hillary at this stage in her life (she turns sixty-nine on October 26) was more easily said than done.

“Hillary still obsesses about money, a narrative thread that has existed since she was thwarted in her desire to build a pool at the governor’s mansion in poor Arkansas and left the White House with a doggie bag full of sofas, rugs, lamps, TVs and china, some of which the Clintons later had to pay for or return,” writes New York Times columnist Maureen Dowd. “Even Chelsea was cashing in, getting a ridiculous, $600,000-a-year scion salary from NBC, far greater than that of many of the network’s correspondents. As a Clinton White House aide once explained to me, ‘Hillary, though a Methodist, thinks of herself like an Episcopal bishop who deserves to live at the level of her wealthy parishioners, in return for devoting herself to God and good works.’”

And the social critic Camille Paglia puts it this way: “So much must be overlooked or discounted—from Hillary’s compulsive money-lust and her brazen indifference to normal rules to her conspiratorial use of shadowy surrogates and her sociopathic shape-shifting in policy positions for momentary expedience.” 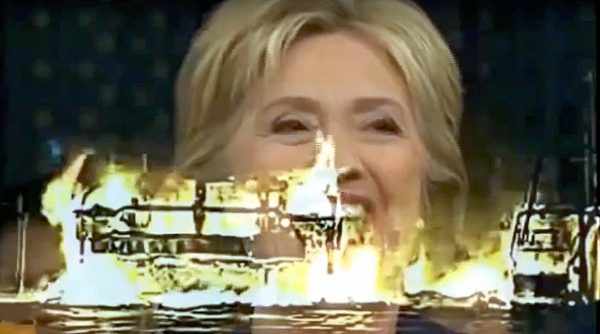