Popular St Kilda Beach just south of the city centre, has been invaded by drunken violent Nigger gangs smashing bottles over the heads of local beachgoers who are just walking along the esplanade.

Brawls and muggings and a string of recent fights and assaults by Nigger gangs imported as refugees from Sudan have become a weekly menace.  It’s the socio-cultural cost of Third World mass immigration and imposed multiculturalist – both globalist ideologies to undermine White Australia’s monocultural harmonious way of life. 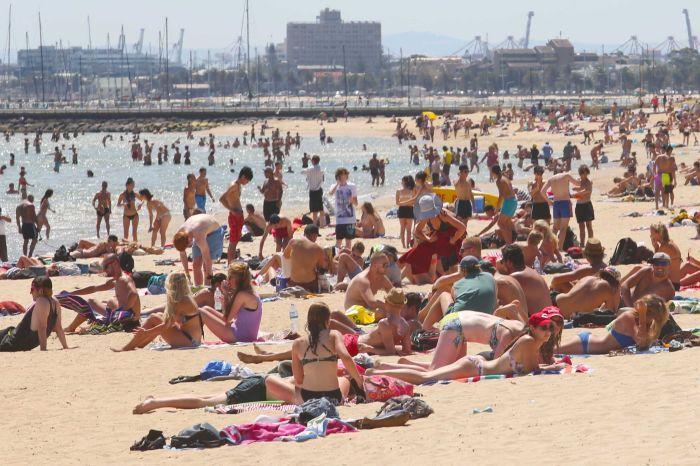 Earlier this month, shocking footage emerged of the moment two men were ambushed and bashed unconscious in an “unprovoked, random, senseless and brutal” attack by a group of 20 youths on the St Kilda foreshore.  The victims were left unconscious, and one was robbed, after being repeatedly kicked and punched in the random assault on December 1.

So the local City of Port Phillip voted to ban alcohol on St Kilda beach and foreshore.  This means law abiding White Australians have been denied drinking alcohol this summer, extending from from 8:00pm until noon every day between November and March. 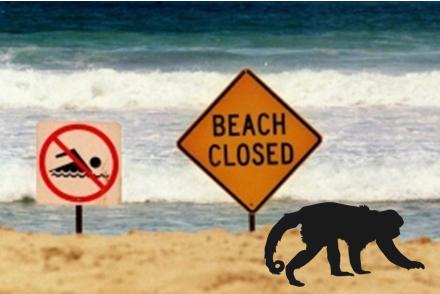 It’s due to the low-life Nigger who can’t control his drinking and natively resorts to violence after just a few sips.

Local trader Angela Dawson was cowardly PC, stating “The reason we are all here today is because we love St Kilda, we love that it is inviting to all and no matter what age, nationality or social standing we all walk together side-by-side on our beaches and on our streets.”

Local Australians, residents and visitors alike, behave considerately and enjoy the right to a glass of wine or a can of beer with a picnic or barbeque on the foreshore. 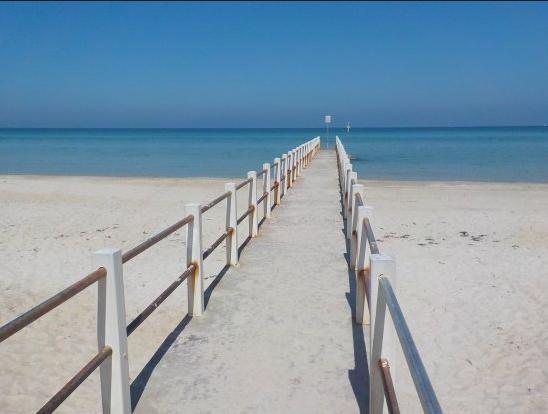 But globalists in Canberra then forcibly imposed the nigger scourge upon White Australian decent society.   Them niggers get up to criminal, disruptive or antisocial behaviour, wrecking it for their host Whites. 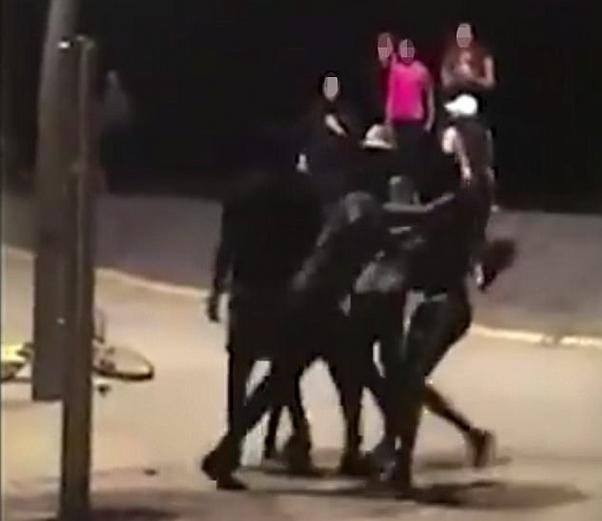 So the Niggers just moved on to Chelsea Beach,  their next coastal target, just a thirty minute drive down the coast.

Sure enough, today White beachgoers at Chelsea Beach were assaulted by a gang of Niggers.  Personal items were brazenly stolen from the beach as beachgoers were taking a dip in the cool bay.  A local White man was struck with a glass bottle.

The string of attacks were carried out by a gang of youths between 9.30pm and 10pm today on Chelsea Beach.  A 19-year-old Australian man who was sitting on the sand was attacked with a glass bottle, while others were hit with a plastic cricket bat.

Superintendent Sharon McKinnon said the group, described as of African appearance (Niggers) and in their late teens or early twenties, first rifled through the unattended belongings of swimmers at the beach.

A male swimmer was assaulted when he came out of the water to confront the youths, before they fled with mobile phones and purses.  The group later assaulted a 28-year-old man, stealing his mobile phone, and assaulted two other men aged 25 and 30.

Two victims were treated at the scene, while the glassed 19-year-old was taken to hospital and received stitches to his head.

In a separate incident, a fight erupted about 6pm between a group of people on jetskis and another on the same beach, with one person arrested for criminal damage.

Niggers again.  They’re fearlessness in the face of a weak Victoria Police and a supportive, Communist and multicultural Victorian state government of Daniel Andrews, who has just recently be re-elected Premier.

Apparently, last night two berserk Nigger gangs descended on the beach to face each other off.

One Chelsea local said he was standing on the edge of his balcony overlooking the beach when he saw two groups of young men in a stand off at about 6.30pm.

‘‘They started screaming at each other and within a few seconds they started punching and brawling.’’ he said.

Victoria Police, who are much happier arresting patriots, they managed to move the gang on making one arrest for drunkenness.

But the Africans know who runs Victoria, and they returned at around 9.30pm only this time their target was the many families innocently trying to escape the heat and have a pleasant time. They were reminded of their mistake in putting Communist Labor back in power as the gangs stole unattended belongings such as wallets, mobile phones, and purses.

When one plucky hero confronted the marauding Niggers, he was promptly taught a lesson and assaulted. It’s a wonder the police didn’t charge him with interfering during the course of a minority cultural ritual.

However, that was hardly enough violence to satisfy a people clearly born with strong bloodlust. They returned again and approached a trio of men aged in their late 20s, assaulting one before stealing a mobile phone.

To pop the cherry on the cake, the tough but traumatised Africans from refugee backgrounds then showed their gratitude to the host nation by smashing a bottle over a 19-year-old’s head as he sat on the beach.

Naturally, there have been no arrests. Well, why would there be?

A lot of the time they look like they’re on drugs or they’ve been drinking even though there are alcohol bans in place along the foreshore.

Another local resident stated:  “Sometimes you can smell the marijuana wafting from the beach and you often hear yelling and fights. It’s really not good and you just don’t feel safe being out there.’’

The resident said the situation had been worsened by recent redevelopments in the nearby shopping strip.  ‘‘There’s hundreds more car parks now so I reckon it’s brought carloads of people to the area,’’ he said. ‘‘They drink near the bottle shop then they all head down to the beach.’’

Chelsea has seen beach violence already this summer. On December 6, on another hot night which saw a beefed up police presence in St Kilda, a violent brawl broke out between two groups on Bath Street.

By the time police arrived, most of the group had headed towards the foreshore. Police officers, backed by the Public Order Response Team and canine unit, were forced to respond to reports of unruly behaviour by several groups throughout the evening.

A Summer Safe Programme would be to allow the alcohol but ban the Niggers with a 2km foreshore apartheid no-go zone.  This way the White Autralians would feel safe and be able to go about their holidays in a civilised First World manner without Third World Nigger marauding.

Melbourne’s feral Nigger population has gotten completely and totally out of control.  There are just too many Maccas monkey food joints to lure them.

We are living under a tyrannical religious order, which claims that there is never any excuse for getting mad at a coloured person – no matter how they behave.

But the word “nigger” is on the tip of every white person’s tongue every time they are forced to interact with them.  Even the shitlibs. Everyone in Melbourne is just about ready to lose it. 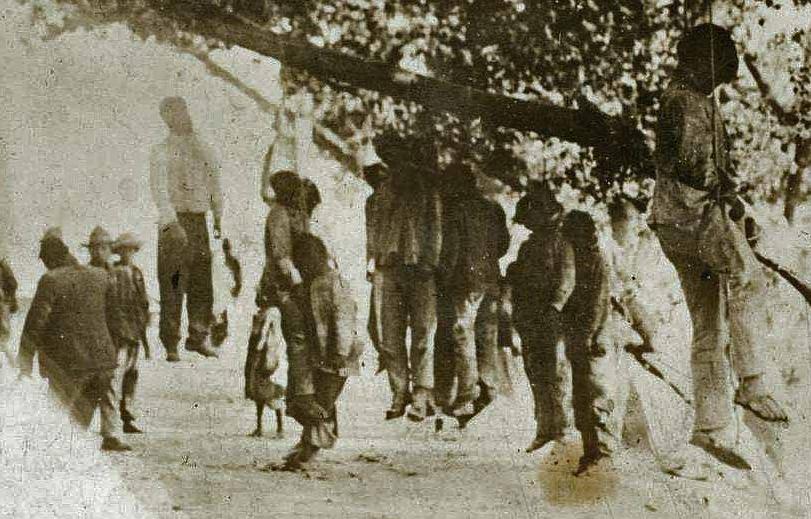