The first was China’s Military Bioweapon Virus attack on America.  The second was the Democrats corrupt voter mail fraud that added more than 300,000 fake votes to targeted marginal states deliberately to manufacture the unseating of a popular president that was on track to win by a landslide.

According to virologists, this latest bat virus had been further synthetically developed by China’s military at its Wuhan Institute of Virology to make it more highly contagious, whilst remaining undetectable by signs or symptoms by those host humans infected.

The subsequent bioterrorist globalist attack was compounded by a deliberate global despatch of the pandemic on Chinese New Year of the Rat from January 25 in 2020. 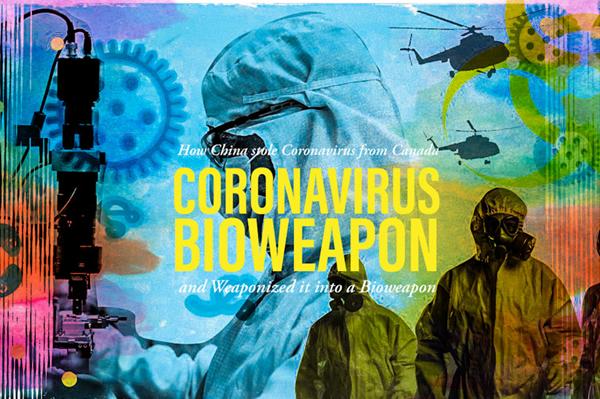 So far on American soil, this military weapon has inflicted more than 10 million infections and 240,000 deaths.  Whereas the Vietnam War (1965–1974) inflicted 282,000 deaths of American and allied military deaths, the China Virus has killed almost the same number of American civilians on home soil in 2020 in just ten months.

The China Virus, PC-dubbed ‘the coronavirus’ or even more PC ‘COVID-19’ is a deceptive and hollow attempt by the globalist United Nations World Health Organisation to hide the Chinese source of the virus and subsequent pandemic.  Why?

The head of the United Nations World Health Organisation (UN-WHO) director general Dr Tedros Adhanom Ghebreyesus of Ethiopia deliberately delayed declaring the China Virus a pandemic because corruptly his government was beholden to the China Communist Party funding of a $USD 3.3 billion loan to construct the 756km Addis Ababa-Djibouti Railway Project in Ethiopia.

On 17th November 2019, a 55-year-old individual from Hubei province is the first reported public case of contracting China Virus according to the South China Morning Post a news agency of the Chinese Communist Party, so likely the virus was circulating montsn previousluyout of the bio-lab

China first informed the UN-WHO of the virus outbreak on 31st December, some  month later, then dispatched its Chinese citizens abroad to celebrate Chinese New Year of the Rat full well knowing they would be infected and so unleashing a its bio-weapon as a global pandemic.

The WHO director general Dr Tedros Adhanom Ghebreyesus was bullied by China to play the risk down.  Finally on 30 January 2020, the World Health Organization declared the novel coronavirus outbreak a Public Health Emergency of International Concern.

By then it was too late, and Xi Jinping knew it.

The Wuhan Institute of Virology was established in 1954 under orders from China’s Communist Chairman Mao Tse Tung during the times of the Korean War. The Institute is controlled by the Chinese Academy of Sciences which is administered by The State Council within the Chinese Communist Party and chaired by Premier Xi Jinping.

The Institute was connected with the SARS outbreak of 2003.  Both are from the coronavirus family, and both most likely were sourced from nearby in wet markets.

When gene-editing technology is progressing at such a rapid rate, and there are still major questions around the origin of the virus, how can we really know that we aren’t victims of a bio-terrorist attack?

This manufactured pandemic has impacted millions of American families.  The Trump administration, whilst boosting the US military since winning the 2016 election, did not see this biological weaponry coming, as like the world’s nations.

Even Trump caught the virus

Just a month out from the Presidential election, President Trump and the First Lady Melania tested positive for the China Virus on October 1, 2020, right in the middle of an intense election campaign. 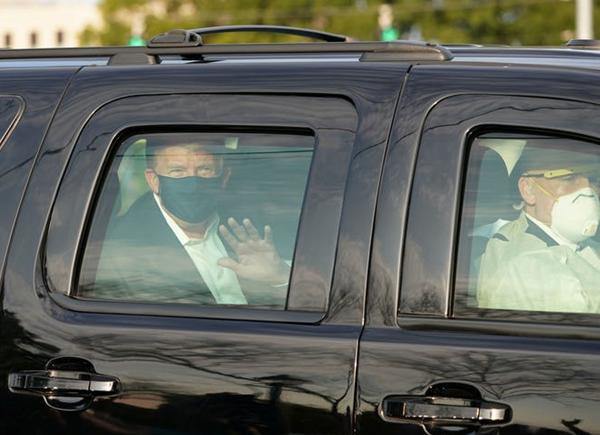 What timing!  Just 33 days from an election that the President is desperate to win, his rallies are gone, the remaining debates potentially cancelled.

It has been the Xi Dynasty’s deliberate underhand payback designed to undermine the West’s economy, particularly that of America in response to President Trump’s overt criticism of China’s military expansion into the South China Sea and the Trump Administration’s impost of a 25% tariff on a basket of Chinese imports from 2018. 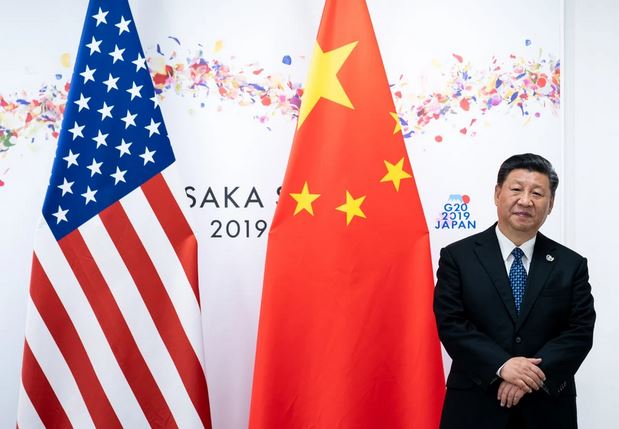 The consequential pandemic drastically impacted American society shut down.  Not only has the healthcare system been overloaded, the socio-economic lockdown forced millions of businesses to shut and lay off millions of workers, forcing families and communities into recession, and severe poverty, emotional depression and a sense of loss of hope.  All this within a few months of the virus arriving from China.

For weeks, President Trump and his Secretary of State Mike Pompeo publicly called out the virus for what it was and where it was developed: the “Chinese virus” or “Wuhan Virus”, and held Beijing responsible for deliberately unleashing the crippling global coronavirus pandemic.

In the lead up to the presidential election, polls signaled three big issues that Americans say are the determinant factors on how they would vote: healthcare, the economy and the pandemic.

Had there been no pandemic, Trumps domestically focused economic stimulus was forecasting increasing support and an easy Trump victory for a second four year term in the White House.

The sudden pandemic outbreak out of China hit American society without warning.  Folks didn’t have time to process it’s impact.  Across American society more nearly a quarter of a million preventable deaths have been caused by the China Virus. 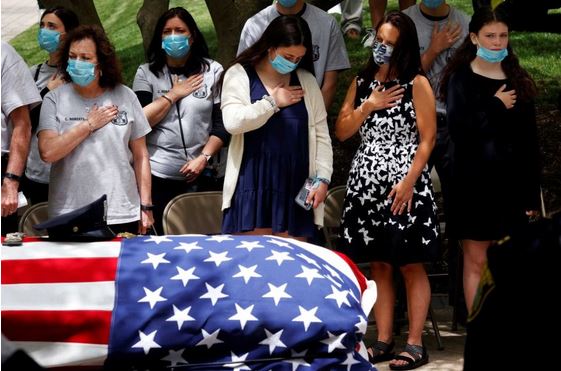 A group of women in face masks with their hands on their hearts behind a coffin draped in a US flag.

National polls showed widespread disapproval of Donald Trump’s handling of the coronavirus pandemic.  And of course this swayed Republican voters previously loyal to Trump.   An analysis by the New York Times showed how partisan identity changes subtly, away from Republicans and toward Democrats, in counties with high proportions of COVID-19 deaths.

Traditionally, the main swing states are North Carolina, Florida, Pennsylvania, Michigan, Arizona, Wisconsin and Ohio. For the purposes of this piece and given the unprecedented nature of this campaign, we will also be keeping an eye on Texas, Minnesota, Georgia, Iowa and Nevada.

Of the traditionally swing states, Clinton only won Nevada.  It was analysed that back in 2016, the Democrats under Clinton moreso lost, than Trump won.   Trump was not favoured to win and was perceived by many Americans as being divisive.  But Trump conveyed a commonly held disaffection with the Washington establishment and conveyed a more common touch with ordinary Americans.

Clinton notoriously during her presidential election campaign speech at a campaign fundraiser on September 9, 2016, criticised supporter of her political opponent Trump as a “basket of deplorables”.  Clinton:  “They’re racist, sexist, homophobic, xenophobic”.

Clinton’s sense of presidential entitlement and a presumed dynasty was to be her main downfall with voters.  The exposed shadowy links between the Clintons and their so-called charity schemes and with benefiting global corporations further undermined the public trust in her integrity.

The Democrats had also been in power for eight years under Obama.  America’s economy was stagnant due to idealist globalist policies artificially skewing multinational trade deals to benefit foreign powers while undermining American businesses and job prospects.

But four years hence, and rather than Clinton being on the voter nose with perceive arrogance, Trump’s perceived mishandling of the pandemic, failure to quickly impose socio-economic lockdown, and more distracted with winning and division, swinging voters moved away from Trump, rather than favouring the Democrats latest compromised offering in Joe Biden.