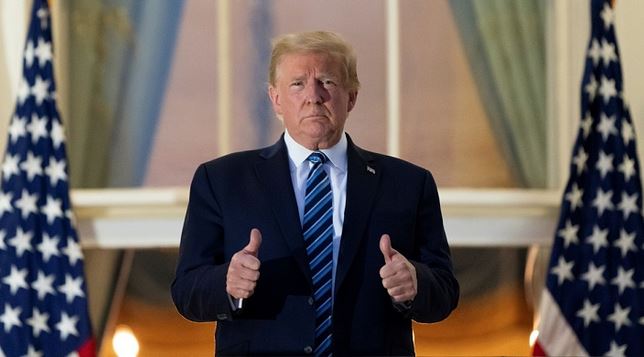 President Donald Trump vowed to bring in the “greatest economic year” in America’s history as he promised to win the 2020 US Election.

The president promised he would cut taxes and regulations, support police and the military and protect the second amendment and religious liberty if given four more years in the top job.

He also spruiked his economic policies pointing out the economy was “growing at the fastest rate ever”. “Next year will be the greatest economic year in the history of our country.”

Late on the night of the U.S. Presidential Election November 3, President Donald Trump addressed his supported in The White House with the latest updated on the ballot count.

The video below starts Trump’s address 21 minutes in.

Then some time before November 3: cheating Democrats unleashed ‘Bidengate’ 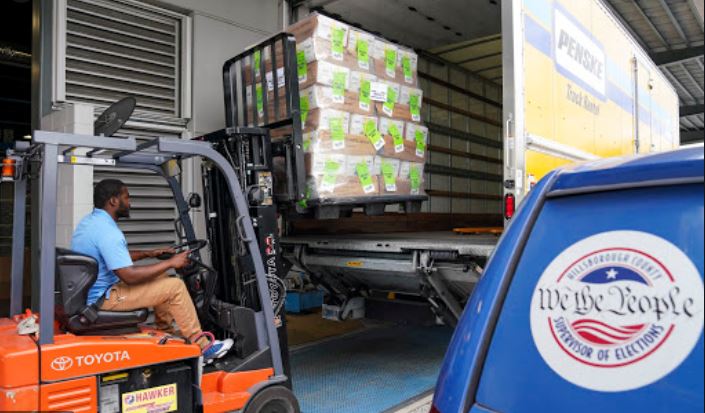 Mail-in ballots had to be postmarked by November 3 in every US state, but they could be received later and still be counted in many states.

But President Trump questioned the unbelievable ballot switch to Biden.

Each American state certifies its election results.  Each state does it a little bit differently, but starting a week after Election Day, state governments began to certify their election results.

The following states have a history of electoral fraud – fabricated votes, voter impersonation, and/or ballot destruction:

Under the Electoral Count Act by which all U.S. states are to have counted votes, settled disputes, and determined the winner of their Electoral College votes.  State governors create certificates of ascertainment listing the winner of the election and the slate of electors, and those results are shielded from further challenge.

Electoral votes cast being the first Monday after the second Wednesday in December. Electors met in their respective states and cast paper ballots for US President. The results are tabulated, signed, sealed and sent by registered mail to the vice president in Washington. Many states have laws requiring their electors to support the winner of their state’s election.

Electoral votes arrive in Washington with nine days to get from their states to Capitol Hill.

January 3:  New Congress is scheduled to be sworn in.  Members of the House and new members of the Senate take the oath of office at noon. This is the official start of the 117th Congress.

January 7:  “At an arraignment Friday night, prosecutors said that text messages reveal two Virginia men, who were arrested Thursday, drove to Philadelphia to “deliver a truck full” of fake ballots because they were concerned about ballot-counting taking place at the Pennsylvania Convention Center, according a local CBS affiliate.”

Joe Biden admitted to the Democrat National Committee deliberate electoral fraud prior to the result.  On October 24 2020, on national television he bragged about having “the most extensive and inclusive VOTER FRAUD organization” in history.  So far the videe has received 2,274,989 views. 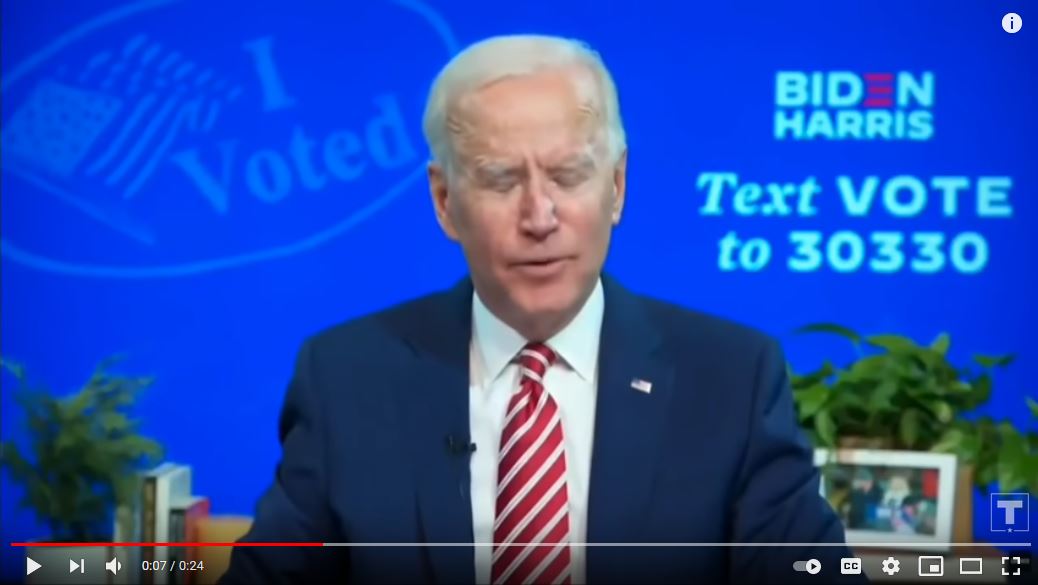 This is the actual video, but the embarrassed Democrats have scrurried to remove all copies of it from the Internet, so it may soon disappear.  We will be chasing copies.

Joe Biden is to be a one-year puppet president, due to known looming health problems including dementia, so making way for the Democrats leftist globalist extremist African vice president Kamala Harris.