Since the end of Apartheid (cultural self-determination) White South Africans continue to be not just persecuted by the hateful oppressive negro government, but are being annihilated under a policy of systematic genocide.

In 2012 then-President Jacob Zuma made headlines when he sang a struggle-era song containing the words “shoot the farmer”.

White lives are at risk, livelihoods are destroyed and property under threat thanks to being treated as second class citizens due to anti-white racial hatred.

White South African farmer Pauli, who declined to give her surname says, “We’re being hunted.” 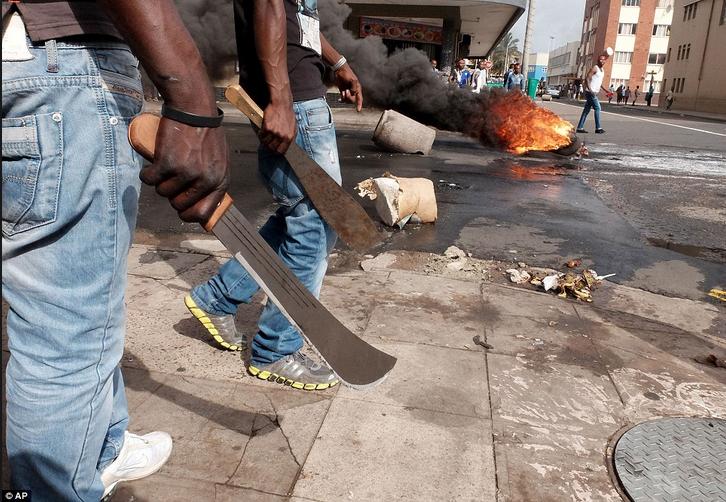 Finally, the mainstream media is focusing on this issue, and it’s about time they do.

In February 2017 British woman Sue Howarth and her husband Robert Lynn were woken at 2am by three men breaking into a window of their remote farm in Dullstroom, a small town in the northeast of South Africa, about 240km from the nearest capital city.

The couple, who had lived in the area for 20 years, were tied up, stabbed, and tortured with a blowtorch for several hours. The masked men stuffed a plastic bag down Mrs Howarth’s throat, and attempted to strangle her husband with a bag around his neck.

The couple were bundled into their own truck, still in their pyjamas, and driven to a roadside where they were shot. Mrs Howarth, 64, a former pharmaceutical company executive, was shot twice in the head. Mr Lynn, 66, was shot in the neck.

Miraculously he survived, and managed to flag down a passer-by early on Sunday morning. Mrs Howarth, who police said was “unrecognisable” from her injuries, had multiple skull fractures, gunshot wounds and “horrific” burns to her breasts.

“Sue was discovered amongst some trees, lying in a ditch,” writes Jana Boshoff, reporter for the local Middelburg Observer newspaper. “Her rescuers managed to find her by following her groans of pain and then noticing drag marks from the road into the field.

“Her head was covered with a towel. Her eyes were swollen shut. She was partially clothed with just scraps of her shirt remaining. Her breasts and upper body was bloody. The plastic bag, shoved down her throat, took some effort to remove because her jaw was clamped down tightly.

“How she managed to breathe with the bag in her throat remains a mystery. One of her rescuers later recalled how Sue was unresponsive except for the constant groaning. Whilst the man ran back to the road to see if an ambulance has not arrived yet, she managed to curl one of her arms around her breasts in a last attempt to protect herself.”

She was rushed to hospital and placed on life support, but died two days later. Due to her British nationality, her murder attracted an unusual amount of overseas media attention. 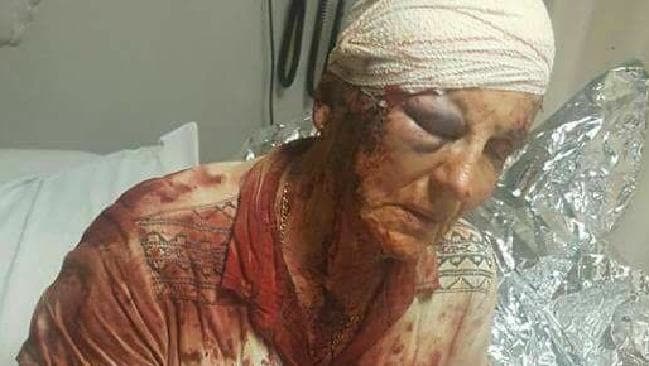 In any other country, such a crime would be almost unthinkable. But in South Africa, these kinds of farm attacks are happening nearly every day. This year so far, there have been more than 70 attacks and around 25 murders in similar attacks on white farmers.

Earlier this month, for example, 64-year-old Nicci Simpson was tortured with a power drill during an attack involving three men at her home on a farm in the Vaal area, about two hours drive from Johannesburg.

When paramedics arrived, they found three dead dogs, and the woman lying in a pool of blood, spokesman Russel Meiring told News24. “They used a drill to torture her,” police spokesman Lungelo Dlamini said.

Official statistics on farm attacks are non-existent, due to what human rights groups have described as a “cover-up” by the notoriously corrupt — and potentially complicit — South African government.

While South Africa has one of the highest rates of violent crime anywhere in the world, the attacks on white farmers are hate crimes.

In a 2014 report, “The Reality of Farm Tortures in South Africa”, AfriForum wrote that “the horror experienced during farm tortures is almost incomprehensible”.

“The well-known ‘blood sisters’ from the South African company Crimescene-cleanup have rightly indicated that, in their experience, farm tortures are by far the most horrific acts of violence in South Africa,” the report said.

“They are of the opinion that the term ‘farm murders’ is misleading and that the terms ‘farm terror’ and ‘farm tortures’ are more suitable.”

While sometimes farmers and their families are tortured to obtain information, such as the whereabouts of keys to the safe, human rights groups say the excessive brutality may be intended to send a message to the general farming community — get out of our country.

Victims are often restrained, harmed with weapons such as machetes and pitchforks, burned with boiling water or hot irons, dragged behind vehicles and shot. Female victims are often raped during attacks.

AfriForum warns that the attacks are becoming increasingly sophisticated, military-style raids, but says community farm watch groups and sharing of information on WhatsApp and Facebook were thwarting a “significant” number.

The three men responsible for killing Mrs Howarth — Themba William Yika, Nkosinathi Yika and Lucas Makua — were arrested soon after, and more than 150 farmers turned up to demonstrate outside court.

But any form of justice is incredibly rare, and white farmers are increasingly questioning their future. The number of white farmers in South Africa has halved in a little over two decades to just 30,000. Thousands more farms are up for sale.

“The farmers live in fear, because being a farmer in South Africa is the most dangerous occupation in the world,” Henk van de Graaf, spokesman for the TAU, told Swedish newspaper Nya Tider last year.

The situation has deteriorated so much that a significant proportion of the country’s white population has resorted to living in make-shift camps. There are approximately 80 of these “squatter camps” in South Africa, where white people live below the poverty line. They are a legacy of the affirmative action measures taken by the ruling African National Congress in order to promote jobs for blacks simply because of their skin colour. 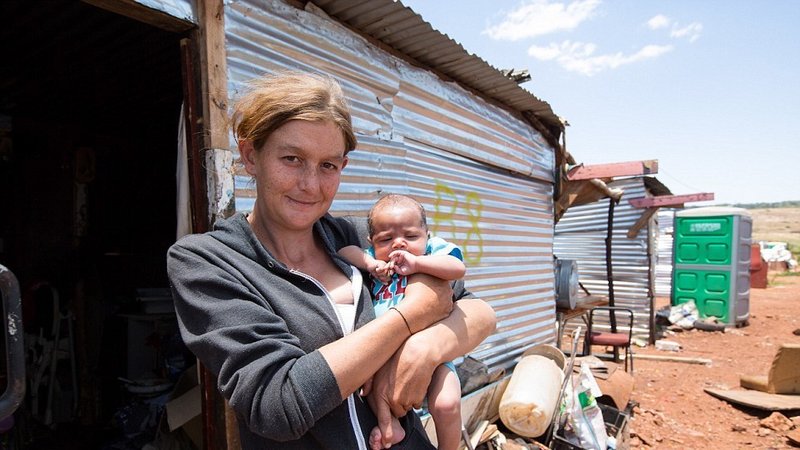 Help from a civilised country

White Australia is coming to the rescue, recognising its responsibility to help fellow white people in South Africa. White lives matter, and instead of inviting in the Black menace, the the Australian Government needs to reverse its leftard intake of Third World shitholers (muslims and barbarians) in favour of accepting white South Africans who are suffering unjust hardship and turbulence.

If Australia’s Prime Minister Malcolm Turnbull really cares about true social justice, then he will at least consider taking in white South Africans in order to help them escape oppression.

Abbott has sided with Immigration Minister Peter Dutton’s call for white South African farmers to be protected in Australia, warning of a “national crisis” and alleging farmers are being “brutally murdered”.

Dutton kicked off the debate last week when he suggested the South African farmers deserve “special attention” for immigration to Australia, which he described as a “civilised country”.

Dutton:  “Something like 400 white farmers have been murdered – brutally murdered over the last 12 months.  Just imagine the reaction here in Australia if a comparable number of farmers had been brutally murdered by squatters intent on driving them off their land … we would say this is a national crisis.”

“If the boot was on the other foot we’d call it racism of the worst sort. I think we should acknowledge this as a very, very serious issue of justice, fairness, and freedom for people trying to do the right thing – feed their country.  I think Peter Dutton was absolutely right that under our humanitarian immigration program there ought to be a place for people who are being persecuted in this way.”