“In 1973 my mother realized she would gain a better life for herself, my sister and I if we emigrated to New Zealand.  A deciding factor in my mother’s decision making, even as far back as the early 1970’s, was the already apparent social ethnic disharmony in our south London environment.

We arrived in Auckland in January of 1974 to find a largely homogenous white European, nominally Christian society living alongside the existing Maori population. It was peaceful, clean, warm and beautiful.

And relative to what we had come from, virtually no crime at all.  As a 13-year-old lad from London, paddling chest deep in the crystal clear, warm waters of the Whangaparoa Peninsula, life was looking very good indeed. 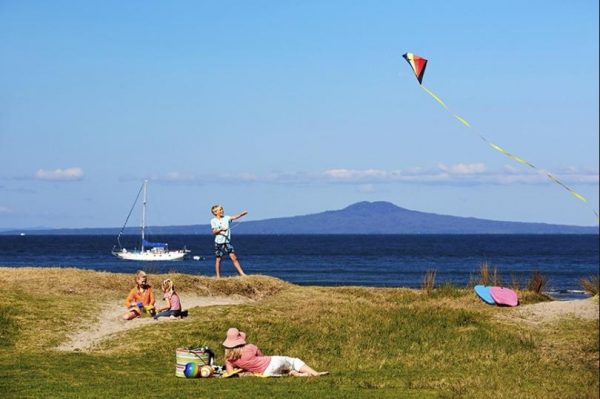 Over the years, we have seen a steady increase in the number of foreigners calling NZ home.  The ubiquitous Indian corner dairy. The Chinese market garden. Now when you go into a bottle shop the chances are high you will be served by another friendly Indian.

That’s right, they are friendly enough in most cases, and I don’t want to imply that the service would be any more or less friendly or the prices any cheaper if the proprietor was of European decent. 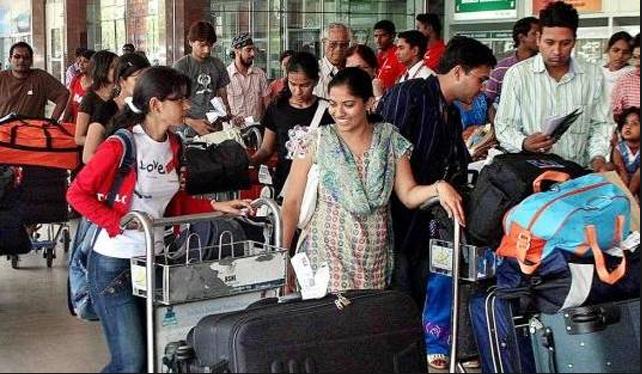 Their behavior isn’t the point, the point at issue isn’t about them, it’s about us.

It is our survival as a cultural and racial group that is at stake and as such the behavior of other ethnic groups in our society is not the core issue.

In amongst the global catastrophe that is gripping the white indigenous populations of the world, it is our identity that is being threatened.  White people are called racists if we resist or speak out against our own soft genocide.

So it’s not about them, it is not about the immigrants or any other race, it’s about us. It’s about white European people recognizing and wanting to preserve their unique cultural and racial identity and integrity. 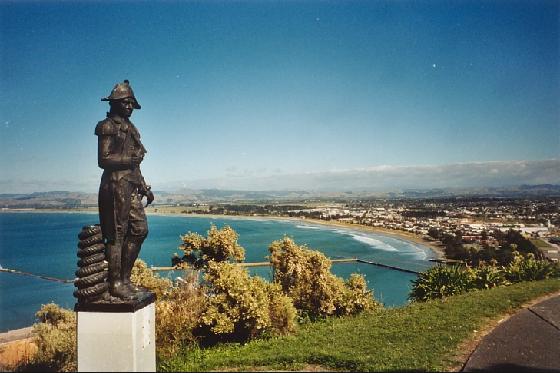 The re-emergence of white identity movements worldwide has been an incredible and from the point of view of our ruling class a completely unexpected development.  After many decades of deliberate denigration of our history and culture, radical egalitarianism and a psychology based education system, it is amazing that there is still a remnant of European consciousness that is able to rise up and claim its rightful place in the history of the world.

But rise up he has done.  And the internet is playing a crucial role in white European man’s re-discovery of his history, identity and destiny.

The television mass media here in New Zealand, as in every other white nation remains the front line in the war against our people.

It is subtle and powerful, but for those of us with eyes to see, it is clear they are becoming ever more obvious and desperate to destroy our will to survive before we have time to gather our forces and overturn the nasty little Marxist platform from which they preach their poisonous ideology.

Here are some specific instances of the anti-white bias that have shown up in the New Zealand media just over the last week.

Each one, taken on its own may appear insignificant and a petty complaint to draw attention to but viewed in the context of a marketing paradigm where within each message or package of marketing information there is also the subliminal sub message that contains within  itself the real power of persuasion  of the message as a whole.

At the end of TV3’s current affairs program “Story” Last Tuesday 31st May 2016, the presenter announced they were going to close with “some beautiful images of Kiwis who arrived in the country as refugees…”

The images that followed were of an African negro gentleman and a young African woman against a backdrop of photographs of many other refugees who had also come to New Zealand. 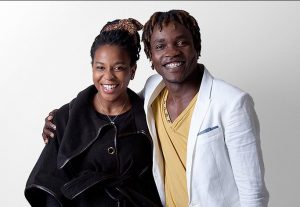 This was all part of a photographic exhibition taking place in Auckland.  A perfectly laudable enterprise against which no serious person could offer any real criticism.

The second instance was on a show later in the week on the other news channel, TV1 here in New Zealand where a whole segment was dedicated to the lead singer of a popular New Zealand band who had returned home to settle down with his new wife and child.   A completely unremarkable story except for the one glaringly obvious yet unspoken racial aspect of the story. 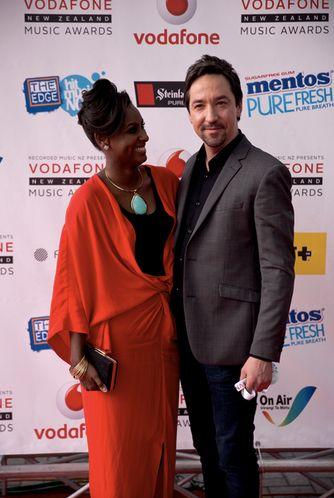 Amid the over-weaning gooing shots of the doting father playing with his new son, one is struck by the obvious fact that this story would never have made the airwaves had it not been for the downplayed racial aspect of the story.

The two stories, taken out of context and individually may seem entirely innocent and innocuous , even though one is prompted to wonder about the motives and priorities of current affairs programming.

However, this writer contends that nothing happens by accident. And the programming of current affairs television in NZ  is designed with very particular ideological aims in mind.

As with all product marketing and advertising, there is a story and a ‘take-away’. The story is what you see, the main dialog , it’s the froth and glam of the cover story,- the packaging, if you will.

That being the very worst of social slurs imaginable.  Horror of horrors, a fate worse than death that you might be on the receiving end of the worst social curse in history, outcast and shunned by your peers for the term of your natural life! 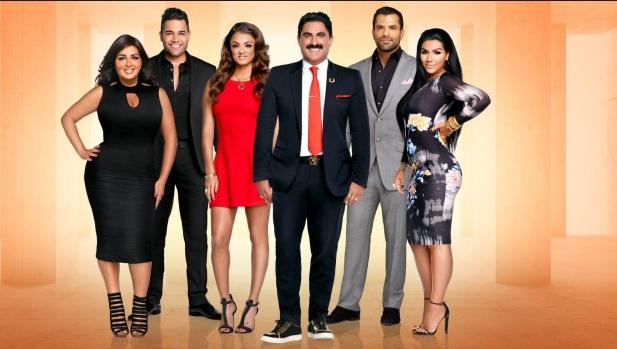 NZTV’s contrived ethnic propaganda for 2016:  “The Shahs of Sunset, coming to a screen near you in July.”  So spot the Kiwi.

Globalist media in Australia had tried on a similar ethnic propaganda stunt in 2012 with a z-grade fake reality show ‘The Shire’.  Aussies canned it and so was taken off air after just two months. 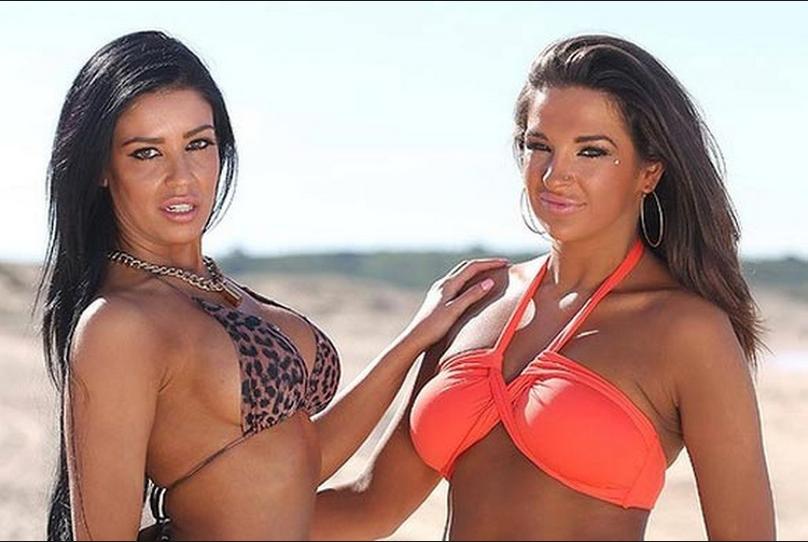 The Shire: Lebanese in Sydney with too much attitude and contrivance

To indicate the ridiculousness of the proposition that a Kiwi is simply anyone who just happens to get here somehow. One only has to perform this simple mental experiment.  I am a white, fair skinned blue eyed middle aged European. Let’s suppose I get a long term contract job in China. After a few years I marry a local Chinese girl and get a Chinese passport; am I now a China man?  Of course not!

Same situation if I was to live in the Central African Republic for several years and become a naturalized citizen of that country. Am I now an African ?

We must learn again to understand that it is normal, healthy right and proper to have a decent respect for your own people.

When the situation is reversed the stark absurdity of the notion becomes plain for all to see.  Yet in the west, our cultural identity has been so utterly undermined through lack of proper education about our magnificent cultural heritage, that we are rendered completely defenseless against the imposition of soulless Marxist ideologies of radical egalitarianism.

We must learn again to understand that it is normal, healthy right and proper to have a decent respect for your own people, and this in no way implies any denigration of any other people on the face of this earth.

This earth already has as much diversity and multiculturalism as would ever be required for us all to live in respect and harmony with each other.  Each with his own people in his own environment.

That said, it has to be acknowledged that Europeans are unique. Despite the many criticisms of European colonialism, the world would be a very dark and barbaric place if not for the art, science, philosophy and sheer brilliance of European creativity.

Finally, I believe it is imperative that self-aware Europeans stand up to and confront every incidence, no matter how small or seemingly insignificant, of this kind of soft denigration of my people.

If we do not, if we believe their subtle lies and misdirections.

If we turn the other cheek and play down the fractious condescending insults, while all the time the liberals work for our destruction then that is exactly what the future will hold.   And that cannot be allowed to happen.”