No more distractions of foreign globalism or of token diversity to appease the multitude of self-serving minorities.  The job of the nation’s leadership is to serve the good of the nation as a whole; and to deliver wealth, prosperity and security for the nation’s citizens.  The silent majority finally have a true and honest representative leading America’s economy and society.

He happens to be a White male American Christian of local American cultural heritage, of proven business acumen and leadership who is passionately loyal to America and the American People.

Who better to run the nation?  “America First”!

And in just four days since his inauguration as President of America, he is already delivering on his election promises by signing executive orders to restore and build American jobs and industry, as he waits for Congress to start. 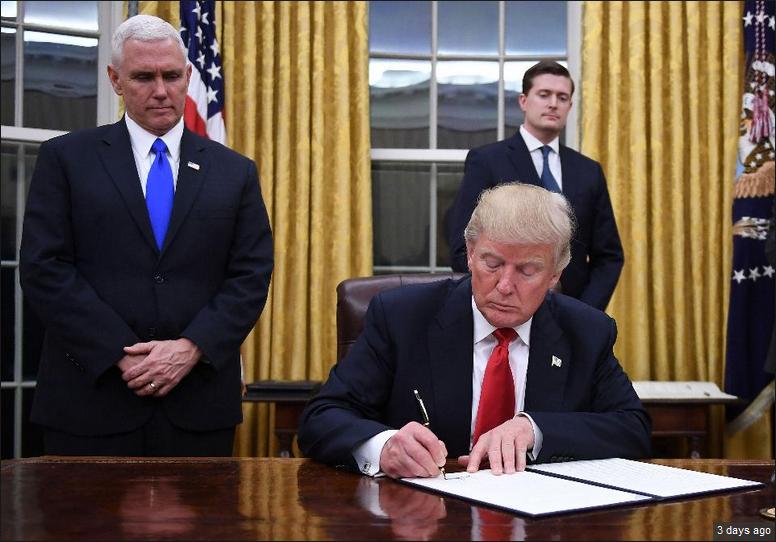 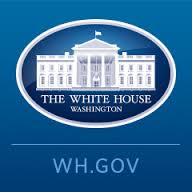 In addition, Trump has directed that spending on the dogged and extravagant F35 wish list jet fighter be curbed by 10%.  He has immediately pledged Federal aid for storm-hit Georgia, Florida and Alabama.

On Friday, he meets with Britain’s PM Theresa May to arrange a bilateral trade deal post-Brexit, and so rebuilding special economic ties across the Angloceltic Sphere.

Trump is delivering in his campaign contract with the American Voter – buying American and hiring American, America’s forgotten men and women are forgotten no longer.

It was the second of six measures “to clean up the corruption and special interest collusion in Washington, D.C.” and part of his 100-day action plan to Make America Great Again. Read below.

“Today, in historic Gettysburg, PA, Donald J. Trump presented a game-changing plan for his first 100 days in office. This revolutionary “Contract with the American Voter” will ensure that America’s economy is revitalized and citizens are protected.

“I’m not a politician, and have never wanted to be one. But when I saw the trouble our country was in, I knew I couldn’t stand by and watch any longer. Our country has been so good to me, I love our country, I felt I had to act,” said Mr. Trump in his address.

“Change has to come from outside this broken system. The fact that the Washington establishment has tried so hard to stop our campaign is only more proof that our campaign represents the kind of change that only arrives once in a lifetime,” he continued.

“I am asking the American people to rise above the noise and the clutter of our broken politics, and to embrace that great faith and optimism that has always been the central ingredient in the American character. I am asking you to dream big.

“What follows is my 100-day action plan to Make America Great Again. It is a contract between Donald J. Trump and the American voter – and begins with restoring honesty, accountability and change to Washington,” he concluded.

“Therefore, on the first day of my term of office, my administration will immediately pursue the following six measures to clean up the corruption and special interest collusion in Washington, DC:

On the same day, I will begin taking the following seven actions to protect American workers:

Additionally, on the first day, I will take the following five actions to restore security and the constitutional rule of law:

Next, I will work with Congress to introduce the following broader legislative measures and fight for their passage within the first 100 days of my Administration:

1. Middle Class Tax Relief And Simplification Act. An economic plan designed to grow the economy 4% per year and create at least 25 million new jobs through massive tax reduction and simplification, in combination with trade reform, regulatory relief, and lifting the restrictions on American energy. The largest tax reductions are for the middle class. A middle-class family with 2 children will get a 35% tax cut. The current number of brackets will be reduced from 7 to 3, and tax forms will likewise be greatly simplified. The business rate will be lowered from 35 to 15 percent, and the trillions of dollars of American corporate money overseas can now be brought back at a 10 percent rate.

2. End The Offshoring Act Establishes tariffs to discourage companies from laying off their workers in order to relocate in other countries and ship their products back to the U.S. tax-free.

5. Repeal and Replace Obamacare Act. Fully repeals Obamacare and replaces it with Health Savings Accounts, the ability to purchase health insurance across state lines, and lets states manage Medicaid funds. Reforms will also include cutting the red tape at the FDA: there are over 4,000 drugs awaiting approval, and we especially want to speed the approval of life-saving medications.

7. End Illegal Immigration Act Fully-funds the construction of a wall on our southern border with the full understanding that the country Mexico will be reimbursing the United States for the full cost of such wall; establishes a 2-year mandatory minimum federal prison sentence for illegally re-entering the U.S. after a previous deportation, and a 5-year mandatory minimum for illegally re-entering for those with felony convictions, multiple misdemeanor convictions or two or more prior deportations; also reforms visa rules to enhance penalties for overstaying and to ensure open jobs are offered to American workers first.

9. Restoring National Security Act. Rebuilds our military by eliminating the defense sequester and expanding military investment; provides Veterans with the ability to receive public VA treatment or attend the private doctor of their choice; protects our vital infrastructure from cyber-attack; establishes new screening procedures for immigration to ensure those who are admitted to our country support our people and our values

10. Clean up Corruption in Washington Act. Enacts new ethics reforms to Drain the Swamp and reduce the corrupting influence of special interests on our politics.

On November 8th, Americans will be voting for this 100-day plan to restore prosperity to our economy, security to our communities, and honesty to our government.

This is my pledge to you.
And if we follow these steps, we will once more have a government of, by and for the people.”