British Conservative MP Boris Johnson (55) has won the UK’s Conservative Party leadership contest in a ballot of party members and will become the next UK prime minister. Conservative party votes for Johnson doubled his rival Jeremy Hunt, winning 92,153 votes to his Hunt’s 46,656.  Turnout was 87.4% with Johnson taking 66% of votes.

He said Britons wanted the government to “get on and deliver Brexit.” 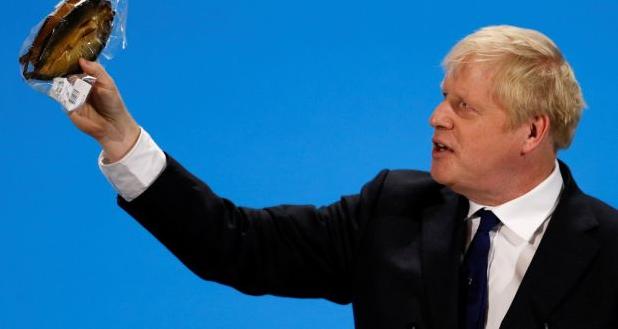 He will take over from outgoing Prime Minister Theresa May when she steps down on Wednesday.

In his victory speech at the Queen Elizabeth II centre in London, Mr Johnson promised he would “deliver Brexit, unite the country and defeat (Labour’s) Jeremy Corbyn.

“We are going to energise the country. We are going to get Brexit done on 31 October and take advantage of all the opportunities it will bring with a new spirit of can do.  We are once again going to believe in ourselves, and like some slumbering giant we are going to rise and ping off the guy ropes of self doubt and negativity.”

Mr Johnson thanked his predecessor, saying it had been “a privilege to serve in her cabinet”.  he was former mayor of London and British foreign secretary to May until resigning infrustration over Brexit in July 2018. 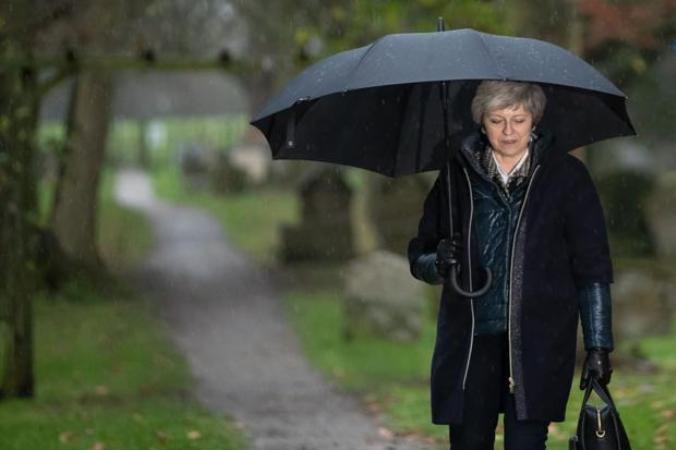 Outgoing PM May – who is standing down after a revolt by Conservative MPs over her Brexit policy – congratulated her successor, promising him her “full support from the backbenches”.

As Brexit PM May wasted 2 years, 10 months & 11 days in office.  She didn’t have the balls and her heart wasn’t in it. She was a dud and will most likely turn up working for Brussels. 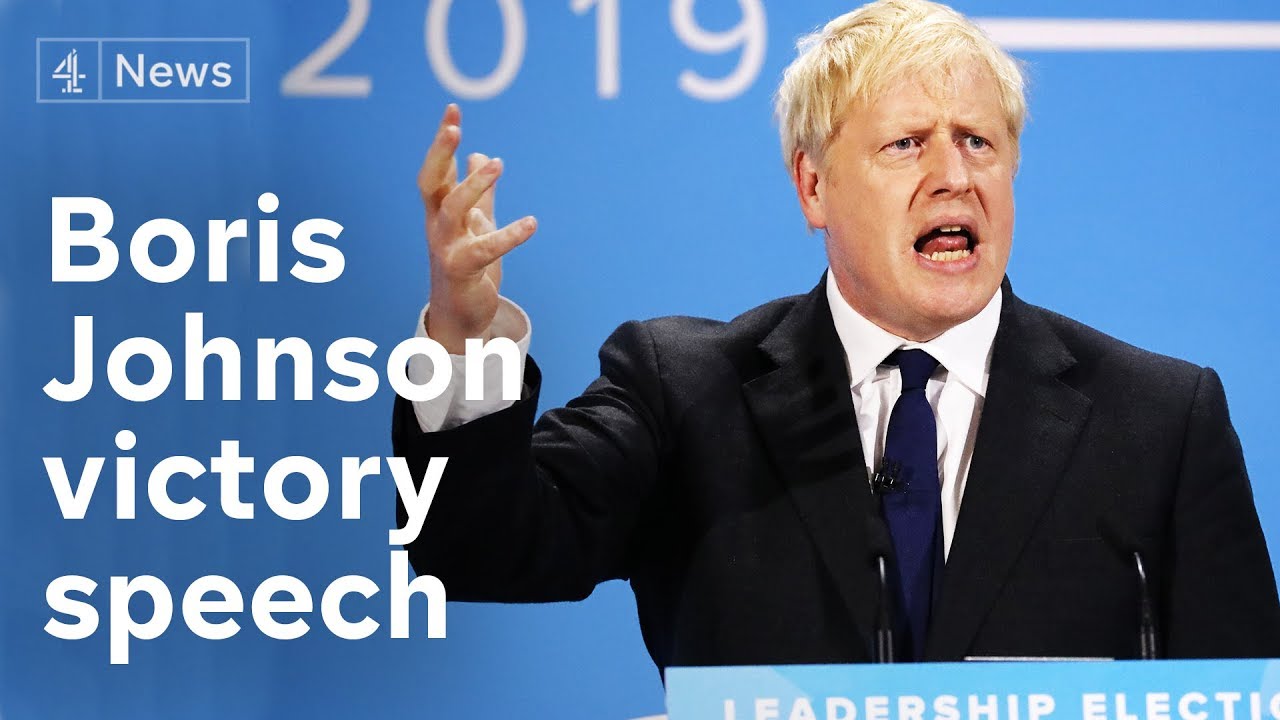 “I want to begin by thanking my opponent, Jeremy, by common consent an absolutely formidable campaigner and a great leader and a great politician.

Jeremy, in the course of 20 hustings, more, 20 hustings or hustings-style events, it was more than 3,000 miles by the way, it was about 7,000 miles that we did criss-crossing the country, you’ve been friendly, you’ve been good natured, you’ve been a font of excellent ideas, all of which I intend to steal forthwith.

And above all I want to thank our outgoing leader, Theresa May for her extraordinary service to this party and to this country.

It was a privilege. It was a privilege to serve in her Cabinet and to see the passion and determination that she brought to the many causes that are her legacy – from equal pay for men and women, to tackling the problems of mental health and racial discrimination in the criminal justice system.

Thank you, Theresa. Thank you.

And I want to thank all of you. All of you here today and obviously I want [to thank] everybody in the Conservative party for your hard work, for your campaigning, for your public spirit and obviously for the extraordinary honour and privilege you have just conferred on me.

And I know that there will be people around the place who will question the wisdom of your decision.

And there may even be some people here who still wonder quite what they have done.

I would just point out to you of course nobody, no one party, no one person has a monopoly of wisdom. But if you look at the history of the last 200 years of this party’s existence you will see that it is we Conservatives who have had the best insights, I think, into human nature.

And the best insights into how to manage the jostling sets of instincts in the human heart.

And time and again it is to us that the people of this country have turned to get that balance right.

And the equally noble instinct to share. And to give everyone a fair chance in life. And to look after the poorest and the neediest and to build a great society.

And on the whole in the last 200 years it is we Conservatives who have understood best how to encourage those instincts, to work together in harmony to promote the good of the whole country.

Between the deep desire of friendship and free trade and mutual support in security and defence between Britain and our European partners.

And the simultaneous desire, equally deep and heartfelt, for democratic self-government in this country.

And of course, there are some people who say that they’re irreconcilable and it just can’t be done.

And indeed I read in my Financial Times this morning, devoted reader that I am – seriously, it is a great, great, great British brand.

Well, I look at you this morning and I ask myself, do you look daunted? Do you feel daunted? I don’t think you look remotely daunted to me.

And I think that we know we can do it and that the people of this country are trusting in us to do it and we know that we will do it.

And we know the mantra of the campaign that has just gone by, in case you have forgotten it and you probably have, it is deliver Brexit, unite the country and defeat Jeremy Corbyn – and that is what we are going to do.

We are all going to defeat Jeremy Corbyn.

I know that some wag has already pointed out that deliver, unite and defeat was not the perfect acronym for an election campaign, since unfortunately it spells dud – but they forgot the final ‘e’ my friends, ‘e’ for energise.

And I say to all the doubters, dude, we are going to energise the country.

We are going to get Brexit done on October 31.

We are going to take advantage of all the opportunities that it will bring in a new spirit of can-do.

And we are once again going to believe in ourselves and what we can achieve.

And like some slumbering giant, we are going to rise and ping off the guy ropes of self-doubt and negativity, with better education, better infrastructure, more police, fantastic full-fibre broadband sprouting in every household – we are going to unite this amazing country and we are going to take it forward.

I thank you all very much for the incredible honour that you have just done me.

I will work flat out from now on with my team that I will build, I hope in the next few days, to repay your confidence, but in the meantime the campaign is over and the work begins.

Thank you all very much.”

So let globalist remainer elites Alan Duncan, Anne Milton, Rory Stewart, Philip Hammond and David Gauke walk in the wake.  Are they so leftist anti-Brit as to defect to Corbyn?

Meanwhile, Nigel Farage and his growing Brexit Party has quickly backed Boris’s win, offering to work together in an election pact “to smash Labour and take us out of EU.. the country is crying out for leadership and a resolution to the Brexit crisis.”

Boris has promised a “do or die pledge to deliver Brexit by October 31” just 100 days away.

US President Donald Trump was quick to congratulate Johnson, tweeting:

“We have a really good man is going to be the prime minister of the UK now, Boris Johnson. A good man. He’s tough and he’s smart. They’re saying ‘Britain Trump’. They call him ‘Britain Trump’ and people are saying that’s a good thing. They like me over there.
“That’s what they wanted. That’s what they need… He’ll get it done. Boris is good. He’s going to do a good job.”

“Congratulations to Boris Johnson on his election as Leader of the Conservative Party in the UK.   I look forward to working with him and catching up at the G7 next month.  He has a reputation for getting things done and making things happen. I wish him all the best as he charts the way forward for the UK. We have a great relationship with the UK and it will remain so with Boris.”

Meanwhile across The Channel,  European Union leaders politely congratulated Mr Johnson on his election, said they were looking forward to working with him “constructively”…some adding their resolve that the indispensable withdrawal agreement between the EU and the UK remains non-negotiable.

EU emperor Jean-Claude Juncker sent his congratulations and pledged to work with Boris. 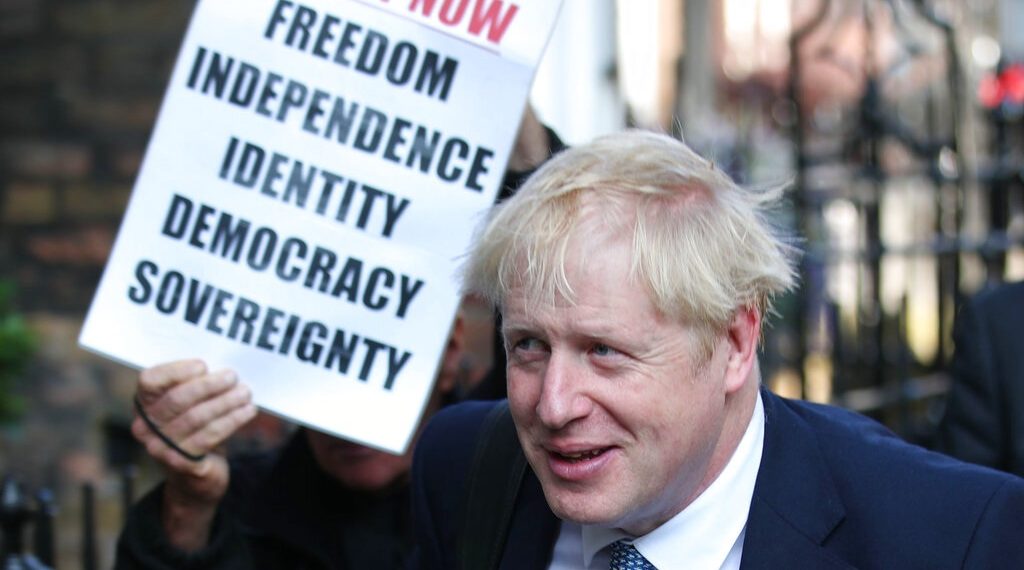