America’s Confederate Flag has of late become a potent symbol of free speech for White Americans.

It is a totalitarian leftard attack against democratic free speech and hard-fought liberties of all Americans.

In counter protest, an off-duty White police officer, Michael Peters, parked his pickup truck in view of the black protesters flying the Stars and Stripes and the Confederate Flag from the back. 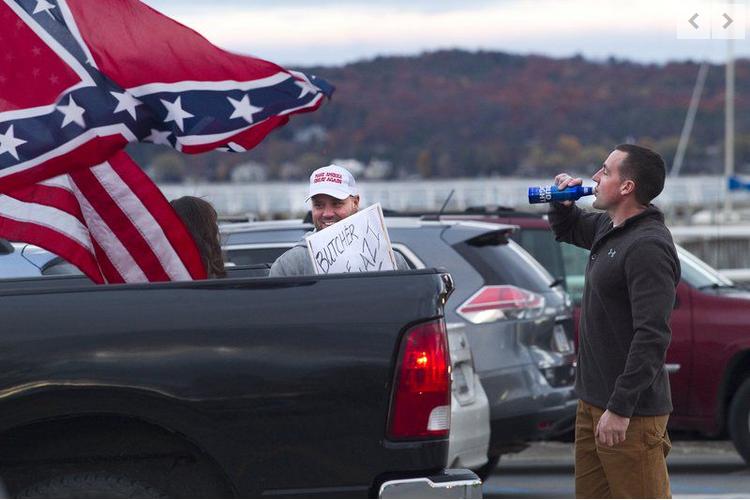 Minority niggers call the shots in Michigan.  Nearby Detroit has the highest African population of any city in America, and most of them luxuriate on White Taxpayer Welfare checks paid on the first day of every month.

Officer Michael Peters an 18-year law-enforcement veteran, has seen all too many black criminals on the streets.  Blacks can run riot, loot and fly inciteful hate flags, but when a White American expresses his/her right to free speech, it is the White who is blackened.

The sacking was political.  Niggers vote Democrat, because Democrats vote for black welfarism.

FACT:  In America there are 37 million Africans, 40% of them luxuriate on White Taxpayer Welfare.  A single welfare recipient gets $200 per month for doing nothing, but breeding families scam as much as $900 per month simply for voting Democrat.   Total welfare improper payments and fraud thieves $71.5 billion every year from honest Americans.

The Confederate Flag is widely recognized as the symbol of America’s South and of Southern heritage, representing liberty and the rights of the Confederate States of America to govern themselves, not by the Union and Democrat Abraham Lincoln out of Washington D.C.  The confederacy democratically began rebelliously seceding from the Union from 20th December 1860.

The Confederate Flag is is also referred to as the “rebel”, or “Dixie” flag.  It has held deep intergenerational value and meaning ever since.

The flag was originally square. 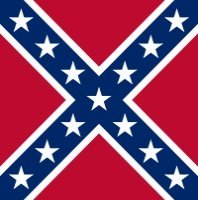 The red field represents the blood of Christ.  The white border represents the protection of God.  The blue saltire ‘X’ represents the Christian cross of Saint Andrew, the first disciple of Christ Jesus and patron Saint of Scotland.  The thirteen white stars represent the thirteen breakaway Southern states of secession from the totalitarian Union in D.C.

Traditionally in America, the autonomy and freedoms of each states has always held democratic sway over centralised government in D.C.

The Confederate Flag was first flown in battle by the Army of Northern Virginia in December 1861, and then by the Army of Tennessee and then others fighting for the preservation of the autonomy of the South. 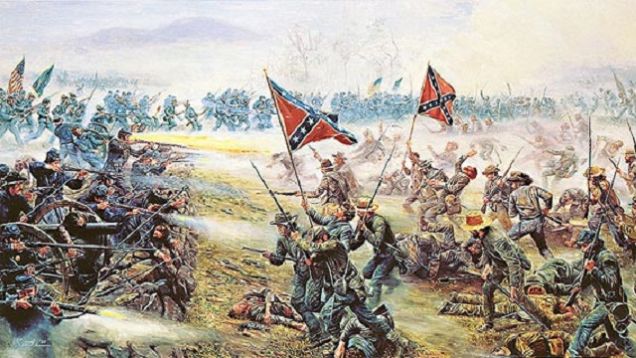 Traverse City Police Department Chief Jeffrey O’Brien said that Peters had previously flown the flag in the department’s parking lot and was told to not do so – a breach of his heritage rights as an American citizen.

After Peters had flown the flag last week on Veterans Day (Remembrance Day), treacherous Negros made complaints to the Traverse City Manager Martin Colburn (a Democrat). 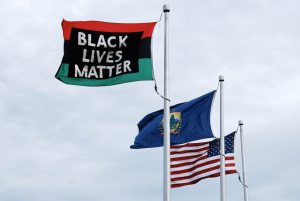 Democrat loser Negro, Marshall Collins Jr.(a Democrat leftard) is loyal to his brother Africans, with no interest in America and its American heritage.

Rightly, Dan Kuhn, of the Police Officers Association of Michigan, a union that represents Traverse City police officers, said Peters has a right to fly the Confederate flag.

“The fact that he’s a Traverse City police officer does not take away the rights he has an American citizen,” Kuhn said. “Just as the people in the park there who are protesting have those rights.”

But by November 15, Officer Michael Peters, was forced to resign – he was sacked by departmental intimidation and ultimatum.  The announcement was made not by Peters or the police department, but by Democrat Traverse City Manager Marty Colburn apologizing to the community “for the stain he put on the city”.

To White Southerners, their Confederate Flag is an emblem of regional heritage and pride.  These values resonate with patriotic Americans who hold dear their liberties and who still in 2016 voted against the Washington establishment elite taking over local rights.

Defenders of the Traverse City officer don’t label his actions as harassment, but as an example of his expression of First Amendment rights afforded to all citizens.

“It had nothing to do with racism or some statement he wanted to make,” Kuhn said. “It’s been in his truck often as long as I’ve known the guy. That flag doesn’t stand for, as far as he was concerned, it doesn’t stand for what the other folks that were offended by it thought it stands for.”

Instead, Kuhn said Peters’s presence at the rally was more of celebration of Trump’s victory in the presidential race and an attempt to counter statements being made by protesters there.

Come to Traverse City, if you’re black and Democrat. 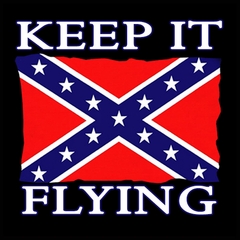 In Roswell city in Georgia, a White police sergeant was sacked for having the Confederate Flag seen in her yard.

Some black passerby complained to her local black pastor that she noticed a Confederate Flag outside of the home of police Sergeant Silvia Cotriss.   The black pastor then complained to Roswell Police Chief Rusty Grant, who then summarily sacked Sgt. Silvia Cotriss, without checking whether the passerby was a criminal previously charged by Cotriss and so seeking personal revenge.

Sgt. Cotriss is a 20-year veteran of the Roswell Police Department Cotriss who for years has received commendations for her work from civilians, peers and supervisors. 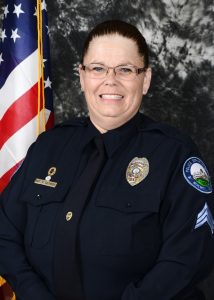 Then leftard Negros do this to her.  Cotriss had told police internal investigators that she “didn’t see anything wrong with it”. All she did was fly a Confederate flag in the front yard of her home.  She had been flying the battle flag below the American flag in front of her Woodstock house for more than a year with no complaints from neighbours or passersby. So she was surprised the week of July 11, when detectives with the department’s internal affairs division notified her that she was being investigated for conduct unbecoming an officer on or off duty.

So Cotriss copped a termination letter, which reasoned that she had been “engaging in conduct on or off duty, which has a tendency to destroy public respect for the employee, or the department, or destroys confidence.”

The sacking was political. 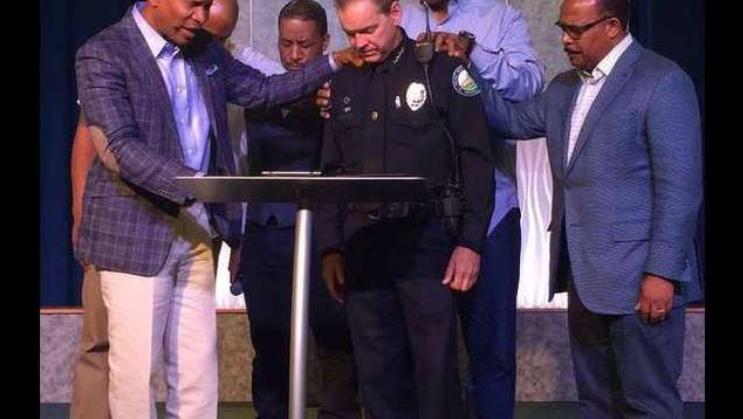 Roswell has sad connection to the Civil War.

In May 1864, Union Maj. Gen. William T. Sherman invaded Georgia extending his campaign of ‘total war’ to Georgian civilians. Within two months, Sherman ordered 400 Roswell mill workers, mostly women, arrested as traitors and shipped as prisoners to the North with their children. 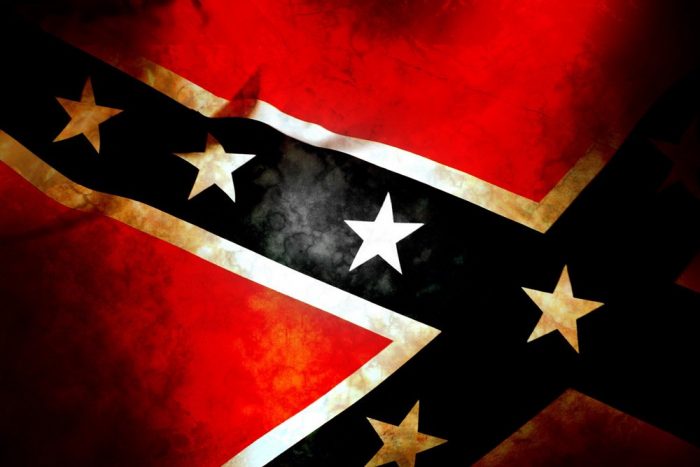 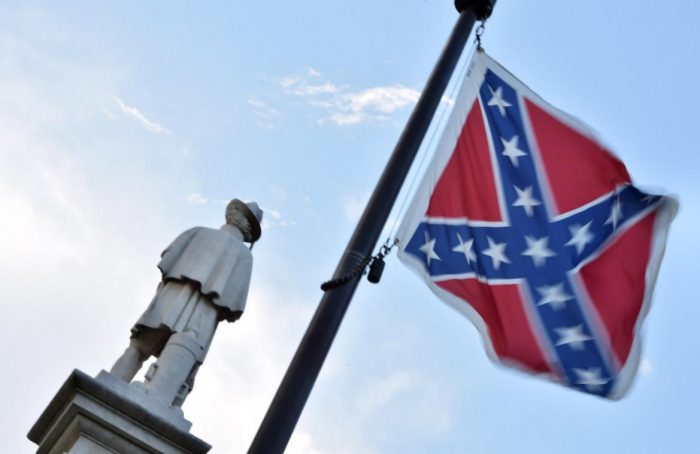 White Americans have again become rebels with a cause.   Never allow Whites be marginalised to a minority in our own country.