Switzerland has rejected allowing a different set of laws for foreign muslims from Turkey to prevail within its borders.  Foreigners to Switzerland must follow Swiss laws and customs, as with any sovereign nation.

To permit otherwise amounts to invasion and surrendering of the Swiss people’s sovereignty.

In Basel in the French speaking part of Switzerland, primary school system rules require all grade-school pupils to learn to swim.  Up until puberty, boys and girls swim together.

But then back in 2008 these muslim refugees turn up from islamic Turkey, along with thousands more from the islamified Balkans and fully islamic Middle East. 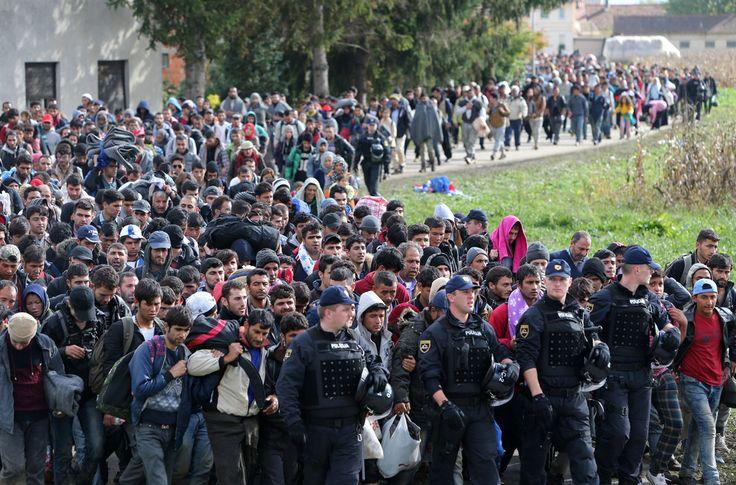 One muslim family gets settled in Basel, the renowned cultural capital of Switzerland. The Swiss government gives the family free housing in Basel, free healthcare and lets their two girls aged 7 and 9 attend school for free.  As refugees, the government prioritizes them wrongly ahead of needy local Swiss.

Then these Turkish muslim parents, Aziz Osmanoglu and Sehabat Kocabas, say ‘NO’ to the local Swiss school having their young school girls swim with the school boys in the same pool.

The muslims use some islamic sharia excuse.

So the Swiss school tries to accommodate the parents “islamic sensitivities” by allowing for individual, separate showers and by allowing the girls to each wear one of those silly body suit black “burkinis”. 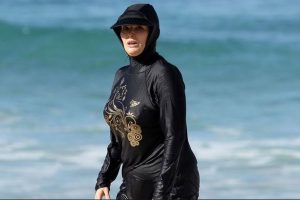 But the fundamentalist Turkish girl’s mother refuses that option, arguing that “the burkini didn’t erase the contours” of their bodies.

The school says well, this is Switzerland, our rules, and all our school students must learn to swim as a condition of attending the school upon enrolment.  The islamis parents reject the schoosl rules and refuse to allow their girls to attend mixed swimming lessons at the school.

After some time, the school notifies the local authorities of the Canton of Basel-Stadt.   In 2010, after many warnings to the parents, the authorities fine the backward parents CHF1,400 (Swiss Francs) for breaking Swiss law by denying their girls swimming lessons. 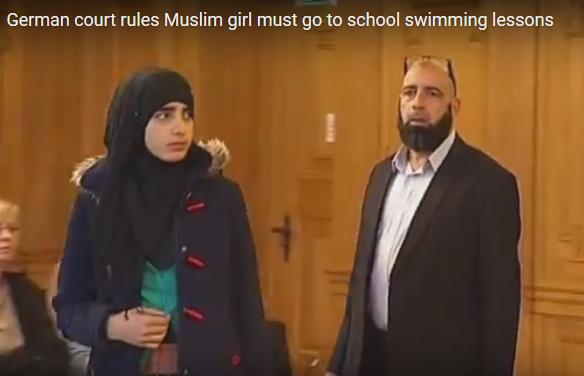 The Swiss Confederacy should have automatically served them with a deportation show cause notice.

The Swiss federal court ruled that the school hadn’t violated the family’s rights of freedom of conscience and religion.  This is Switzerland and we teach mixed swimming, so comply you foreign guests to our country!

So the foreign muslims cry persecution to The European Court of Human Rights in  Strasbourg in France, and so go legal using Swiss taxpayer money again.

Finally, we think, after some six years, this week The European Court of Human Rights has rejected the appeal by a Turkish-born couple.   But hey, you can all go back to Turkey and do islamic sharia there.

On Tuesday, January 10, 2017, the European Court of Human Rights upheld the Swiss officials’ decision, rejecting the parents’ argument that the Swiss authorities had violated the “freedom of thought, conscience and religion” guaranteed by the European Convention on Human Rights, which the court enforces.

“The public interest in following the full school curriculum should prevail over the applicants’ private interest in obtaining an exemption from mixed swimming lessons for their daughters,” the court found.

The authorities ruled that lessons mixing boys and girls were an important part of the school curriculum; they did allow that the girls could apply for an exemption on religious grounds, but only if they had gone through puberty, which was not the case for the daughters of Mr. Osmanoglu and Ms. Kocabas.

The decision, by a chamber of seven judges, did not dispute that the denial of the parents’ request interfered with their religious freedom, but it emphasized that the need for social cohesion and integration trumped the family’s wishes.

The court also noted that schools play “a special role in the process of social integration, particularly where children of foreign origin were concerned,” and that, as such, ensuring the girls’ “successful social integration according to local customs and mores” took precedence over religious concerns.

The parents have three months to appeal the court’s decision. 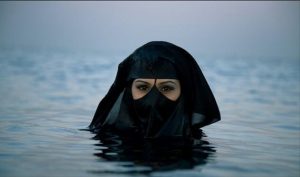 So how many wasted million on invading muslims could have instead built and other school in Basel?  – a Swiss one that is, not some decultural islamic one.

The case was the latest to pit freedom of religion against the imperative of social integration, and to raise the question of whether — and how much — a government should accommodate the religious views of Muslim citizens and residents, many of them immigrants.

Yet the muslim parents even admitted that the Quran does not require girls’ bodies to be covered until puberty.

The ruling sets an important precedent in other cases in which religious and secular values or norms come into conflict.

The decision comes as Europe has been struggling to integrate migrants, many from majority-Muslim countries where religious and social mores, particularly around gender and sexuality, can be at odds with liberal and secular norms of the societies where they have sought refuge.

Far-right political parties with anti-immigrant bents, from the National Front in France to the Danish People’s Party in Denmark and the Swiss People’s Party in Switzerland, have argued that too many Muslims have not managed to assimilate.

The ridiculous thing is that the girls probably don’t care if they share the pool with the boys. 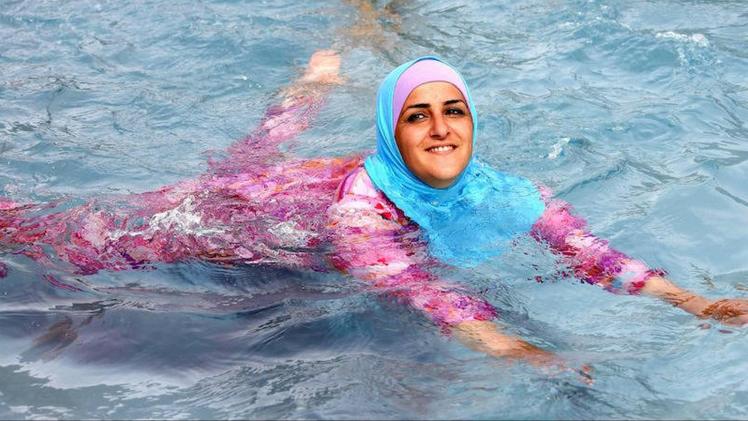 It’s the ignorant parents who bring their hateful islamic baggage to a Christian civilized country.

Islam is not indigenous to Switzerland.  Christianity is, going back thousands of years.

But the mass exodus of islamics from the Balkans and Middle East and treacherous leftist governments have allowed more than 400,000 muslims to contaminate pure Switzerland.  They bring their backward and barbaric ideological baggage, and demand that the locals accommodate their special needs.

And then they breed five-fold the European rate, like goats!

Clearly the muslims’ lawyer, Sandra Sutter-Jeker, a leftist civil libertarian campaigner,  was just trying to make a name for herself and didn’t care if she undermined Swiss law and Swiss liberal culture in the process.  Selfish bitch.  No chance of getting paid for her misguided services, silly woman. 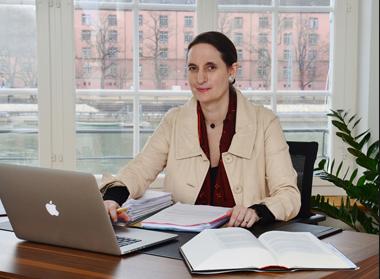 How about defending Swiss in Switzerland against anti-Swiss foreigners?

Fortunately for Europe, such islamic testing of compulsory public education and religious belief have prompted similar cases in neighbouring Germany and Liechtenstein.

No islamic stoning, no forced marriage, no polygamy, no female genital mutilation, no sharia, no halal, no burqas.  Sandra Sutter-Jeker will probably try to defend all this islamic shit as the girls mature and probably get culturally beaten and raped by their father – permitted under some foreign barbaric islamic law.

In Switzerland, politicians and civic groups across the political spectrum welcomed the ruling, calling it an important validation of the supremacy of secularism and the rule of law, despite the invaders complaining.

Costly Muslims Keep Trying It On

In May, the authorities in the canton of Basel-Landschaft — which is next to the canton of Basel-Stadt, where the swimming case occurred — ruled that two Syrian immigrant brothers, who studied at a public school in the small town of Therwil, could not refuse to shake their teacher’s hand on religious grounds. Their refusal to do so had provoked a national uproar.

The challenge of integrating immigrants has spilled over into culture, and, at times, helped fan a simmering culture war.

In Denmark, pork meatballs and other pork dishes that are popular staples became part of a debate on national identity last year after the central Danish town of Randers voted in January to require public day care centers and kindergartens to include the meat on their lunch menus.

Supporters of the proposal said that serving traditional Danish food such as pork was essential to help preserve national identity. Critics said the proposal did nothing more than stigmatize Muslims, who had made no attempts to ban pork from school menus.

Germany was shaken during New Year’s Eve in Cologne in 2015 when young men, many of them of North African origin, committed sexual assaults during the street celebrations there. The attacks became an uncomfortable symbol of the challenges of integration in the country.

In France, the clash between secularism and religious conservatism came into sharp relief this summer when nearly 30 towns, mainly in the country’s southeast, introduced burkini bans, suggesting that the garments impinged upon French culture and way of life.

On July 1, 2016 the Swiss canton of Ticino officially banned the offensive burqa.

On cue, two protestors showed up in Locarno on the very morning the ban took effect. One woman, Nora Illi, a Swiss woman who converted to a radical form of islam, was wearing a full burqa and was arrested by police. So was her companion, Rachid Nekkaz, an Algerian politician and businessman. They got the global media attention their propaganda sought. 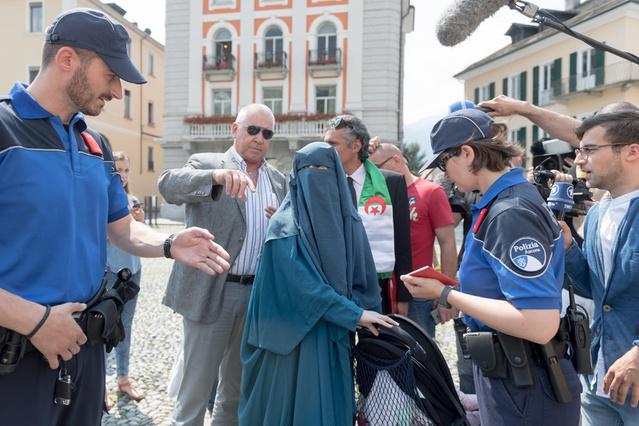 Ticino authorities mean business and have announced that Illi got fined 10,000 Swiss francs and Nekkaz fined 200 francs.  There’s not much sympathy for them in Ticino. He is a professional provocateur for islam while she is a public advocate of polygamy.

No wonder black islamic Turkey has no chance of becoming part of civilized White Europe. 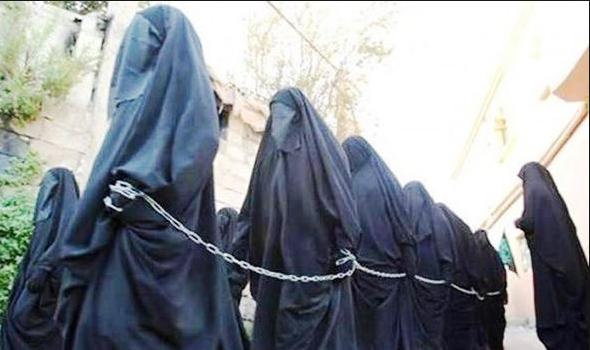 The only good thing about multiculturalism is the food.  All locals need do is attend the exotic cooking classes, then deport the foreigners back to where they came from.  Tasty food without the backward baggage.