No mention of Fidel Castro’s human rights atrocities, his organised firing squads, mass torture, extrajudicial killings and deaths in prison collectively exceeding 31,000 Cubans over 60 years.  Castro’s economic ineptitude imposed two generations of a PolPot stranglehold oppression and peasantry upon the people of Cuba.  The narcissist even tempted a Russian-led nuclear war against America.

No. Al Trudeau said of Castro was: “He certainly was a polarizing figure and there certainly were significant concerns around human rights.”  Trudeau also called Castro a “legendary revolutionary and orator” who made significant improvements to the education and health-care systems of Cuba. 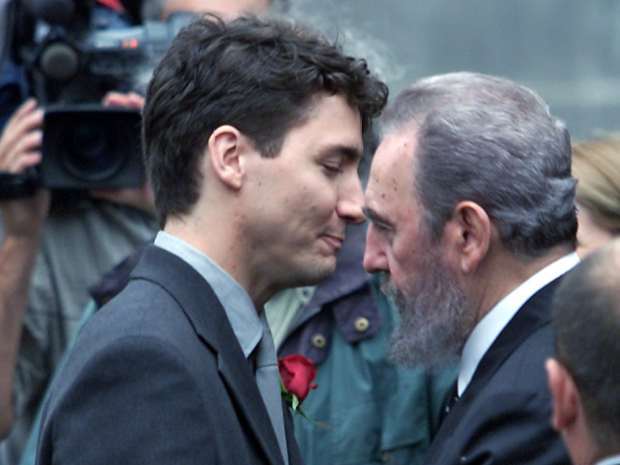 Fellow lefty Democrats in America were all teary eyed, like the Clintons and Barrack Husein Obama.  Bill even brought out one of his Cubans to commiserate Fidel’s passing. 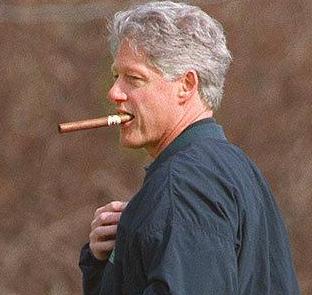 In the earliest days of Cuba’s dictator swap in 1959, Castro’s summary executions established a culture of fear that quickly eliminated most resistance. In the decades that followed, inhumane prison conditions often leading to death, unspeakable torture and privation were enough to keep Cubans cowed.

Cuba Archive finds that some 5,600 Cubans have died in front of firing squads and another 1,200 in “extrajudicial assassinations.”

Che Guevara was a gleeful executioner at the infamous La Cabantilde; a Fortress in 1959 where, under his orders, at least 151 Cubans were lined up and shot. Children have not been spared. Of the 94 minors whose deaths have been documented by Cuba Archive, 22 died by firing squad and 32 in extrajudicial assassinations.

Fifteen-year-old Owen Delgado Temprana was beaten to death in 1981 when security agents stormed the embassy of Ecuador where his family had taken refuge. In 1995, 17-year-old Junior Flores Diacuteaz died after being locked in a punishment cell in a Havana province prison and denied medical attention. He was found in a pool of vomit and blood. Many prison deaths are officially marked as “heart attacks,” but witnesses tell another story. The project has documented 2,199 prison deaths, mostly political prisoners.

The revolution boasts of its gender equality, and that’s certainly true for its victims. Women have not fared much better than men. In 1961, 25-year-old Lydia Peacuterez was eight months pregnant when a prison guard kicked her in the stomach. She lost her baby and, without medical attention, bled to death. A 70-year-old woman named Edmunda Serrat Barrios was beaten to death in 1981 in a Cuban jail. Cuba Archive has documented 219 female deaths including 11 firing squad executions and 20 extrajudicial assassinations.

The heftiest death toll is among those trying to flee. Many have been killed by state security.

Three Lazo children were drowned in 1971 when a Cuban navy vessel rammed their boat; their mother, Mrs. Alberto Lazo Pastrana, was eaten by sharks.

Twelve children, ages six months to 11 years, were drowned along with 33 others when the Cuban coast guard sank their boat in 1994.

Four children, ages 3 to 17, were drowned in the famous Canimar River massacre along with 52 others when the Cuban navy and a Cuban air force plane attacked a hijacked excursion boat headed for Florida in 1980.

Pity America’s intelligence protectorate, the CIA, didn’t do its job by liquidating him in 1959.

Perhaps under a new president in America, the nepotism can be routed properly – Raúl, Ramón, Pedro, Manuel and Martin could all come to the same demise as Alberto Lazo Pastranasuffer.

Fidel Castro was a self-important tyrant who used and abused his power for his own ends at the expense of the rights and welfare of Cubans. 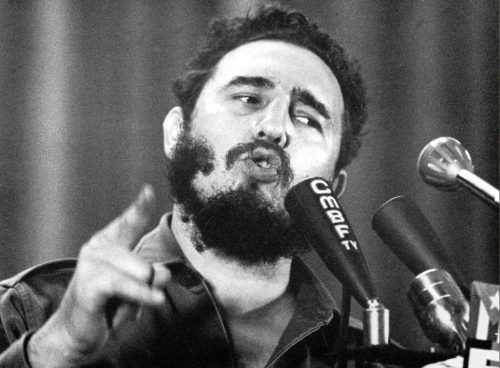 But lefties like Trudeau will blindly support criminals and say absolutely anything to keep the communist faith.  Trudeau has a photo of Stalin in his office.

Speaking in Madagascar during a summit of la Francophonie, Justin Trudeau said his statement on Fidel Castro’s death “highlighted the deep connection between the people of Canada and the people of Cuba. I know my father was very proud to call him a friend.” Trudeau also said in his statement. 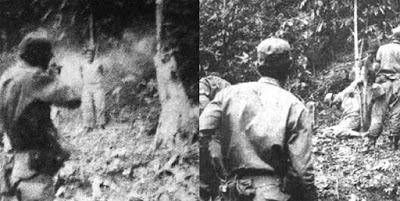 But then Justin’s father, former prime minister Pierre Trudeau, was the first NATO leader to visit Cuba when he met the leader of Cuba’s Communist revolution.

In contrast, American President-elect Donald Trump has got it right about Castro, issuing a statement:

“Today, the world marks the passing of a brutal dictator who oppressed his own people for nearly six decades.

Fidel Castro’s legacy is one of firing squads, theft, unimaginable suffering, poverty and the denial of fundamental human rights. While Cuba remains a totalitarian island, it is my hope that today marks a move away from the horrors endured for too long, and toward a future in which the wonderful Cuban people finally live in the freedom they so richly deserve.

Though the tragedies, deaths and pain caused by Fidel Castro cannot be erased, our administration will do all it can to ensure the Cuban people can finally begin their journey toward prosperity and liberty. I join the many Cuban-Americans who supported me so greatly in the presidential campaign, including the Brigade 2506 Veterans Association that endorsed me, with the hope of one day soon seeing a free Cuba.” 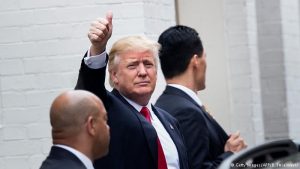 When Trump was asked if he planned to go to Cuba, he retorted:  “Well, know that Cuba wants us to go there. I’m not interested in going.” 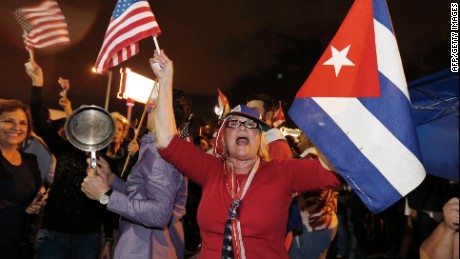