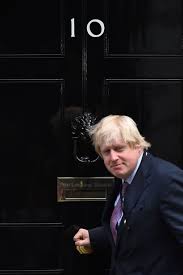 ..and yesteryear’s Jeremy Corbyn packs his cardigan for Moscow’s winter of discontent.

END_OF_DOCUMENT_TOKEN_TO_BE_REPLACED

16 Strands for an Harmonious Brexit

END_OF_DOCUMENT_TOKEN_TO_BE_REPLACED

Here is the full text of Theresa May’s Mansion House Speech of 2nd March 2018 setting out her vision for the UK’s relationship with the EU after Brexit.  It follows from her Brexit Speech at Lancaster House on 17th January 2017 which is reproduced via the following link: PM Theresa

END_OF_DOCUMENT_TOKEN_TO_BE_REPLACED

Theresa May’s first speech as Britain’s prime minister 13th July 2016 “I have just been to Buckingham Palace where Her Majesty the Queen has asked me to form a new government, and I accepted. In David Cameron, I follow in the footsteps of a great, modern prime minister. Under David’s